Joseph Gordon-Levitt will be MIA From ‘G.I. Joe 2’ 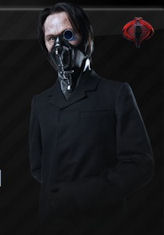 As we reported recently, several stars from the original “G.I.Joe: Rise of the Cobra” have been M.I.A. from all mentions of the sequel (Dennis Quaid and Rachel Nichols, for example).

In my opinion, those two were a huge factor in the movie having any believability or spark. Yet, it seems there is no hope for their revisiting there characters for “G.I. Joe 2” at this moment.

One star who definitely will be MIA from the sequel will be Joseph Gordon-Levitt, who played “The Doctor.” The highly sought-after buddy of Chris Nolan is on fire right now, with too many great projects and offers on the table to return to an already iffy movie.

Unfortunately, the first “G.I. Joe” didn’t meet expectations. In an attempt to correct this, we are hearing they are slashing some of the higher-paid actors.

In a video interview with Collider, Gordon-Levitt answered questions about “Inception” and “Hesher” (but not “The Dark Knight Rises”). Plus, he also volunteers some information about exiting “G.I. Joe 2: Cobra Strikes”

Check it out, and let us know what you think. Will “G.I. Joe 2” suffer without Gordon-Levitt, and perhaps the other huge stars from the first?