As we get closer and closer to the premiere of one of this summer’s biggest superhero movies, a new trailer has been released for “Green Lantern” and it is 150 seconds of total awesomeness.

Now where should I start? The previous trailer showed us the first good look of Parallax but it was shown here much clearer — and it’s very impressive. Then, there were a couple of seconds where Hal was training against Sinestro and we also got to hear the amazing Michael Clarke Duncan as Kilowog — the fanboy within me went crazy (in a good way of course) when I heard him. 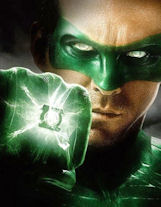 I notice how much they have improved the effects and everything — since Warner Bros. had thrown in an extra $9 million for the visual effects and I’m satisfied that they did that. I was a bit worried, but with the WonderCon footage and now this trailer, I feel as though I have nothing to worry about.

This was also the first time we heard a dialogue from Angela Bassett as Amanda Waller and the second I heard her – I heard a combination of Pam Grier’s Waller from “Smallville” and the unforgettable CCH Pounder’s Waller from the DC Animated Series and movies.

Last, but not least, check out the 16-second mark? I always thought Sinestro would become evil in the sequel (if this movie does well in box office, which it will) but it looks like that the yellow is coming sooner than I thought.