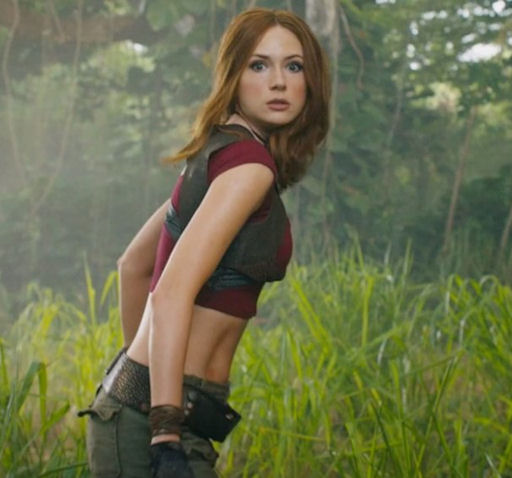 “Jumanji” (1995), directed by Chris Columbus and starring Robin Williams and Bonnie Hunt, was one of the best-loved family films of the ’90s, and people have fond memories of the safari-themed adventure. Some purists may think that classics such as this should be left alone and remembered as the magical movies that lit up our childhood. Hollywood often has different ideas, though, and frequently turns to remakes of old flicks when fresh ideas are in short supply.

Hence, the release of “Jumanji: Welcome to the Jungle” this December. The reboot will have its work cut out to outdo its predecessor, but if it changes enough to be original, it could succeed.

The first thing that is evident from the trailer is that the new film will follow an entirely different plot from the one in which a young Kirsten Dunst starred. The premise is that four teenagers unearth an old games console and load up a title called Jumanji. After selecting their characters, they are then transported into the jungle. So instead of having the Jumanji game bring the safari world to the teenagers as in the 1995 adventure, the protagonists venture to another universe, where presumably anything can happen. This is suggested by the fact that they turn into their selected characters, who are played by Dwayne Johnson, Kevin Hart, Jack Black and Karen Gillan.

This kind of jungle adventure may well appeal to the modern viewer, as there are numerous games on the market based on wild animals. These include the open world adventure “The Hunter: Call of the Wild” from Avalanche Studios, which lets players explore a massive wildlife reserve and hunt animals. For players who prefer iGaming, there is the Safari slot, which is one of the latest Bitcoin game releases. It’s a video slot with 50 paylines, which also features a progressive jackpot. There has never been a Jumanji console game, though, and if Sony Pictures was to run a game alongside the film it could attract more viewers. There haven’t been any rumours of this happening, however.

Although “Jumanji: Welcome to the Jungle” looks original enough to work as its own film without the need to be compared to the original, some fans may be hoping to see elements of the first film return. This would certainly provide a nostalgic element. However, since the passing of Robin Williams, the filmmakers may have felt that his awesome portrayal of Alan Parrish should be left alone and not replicated. Most would agree that his performance as the boy who was stuck in the game for 26 years would be impossible to beat. The filmmakers could, however, have kept the original board game, and the fact that they have changed it to a video game has caused an uproar among hardcore fans.

Plenty of modern reboots of films haven’t gone down too well. The 2016 “Ghostbusters” revival is one of the more recent examples of a remake that has caused discontent among fans of the original. In that respect, “Jumanji: Welcome to the Jungle” is already facing an uphill struggle as it attempts to win the hearts of fans of the old movie. But who knows, we may turn out to be pleasantly surprised.