In a world saturated with instant phone and e-mail communications, it is a whole new game when it comes to getting a leg up on the competition. The game is international high school exams, where passing and failing means the difference between a lifetime at a dead-end job and an elite career amongst the rulers of the world. The best and the brightest far outnumber the seats in the schools that open those gates to success. Ethics and morality have been left behind by even the traditional families. It is up to the young to find out for themselves. 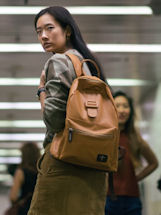 The opening gala of the NY Asian Film Festival premiered this Thai thriller and featured the awarding of the Screen International Rising Star Asia award to Chutimon “Aokbab” Chuengcharoensukying. Currently a university student (her teachers will love this flick), she plays Lynn, a high-schooler who works the system in ways her elders cannot imagine. Through a complex system of coding, timing and e-networking, she develops a series of stings and outwits a world class rating system. Working with Bank (Chanon Santinatornkul) the goal is to get high marks and fund a forbiddingly expensive education at the same time.

Director Nattawut Poonpiriya directs a team of new comers in a tightly wound cautionary tale that writes a new chapter in the heist film genre. In the worn out western trope the protagonists are after money, ego or revenge. The students in this film want none of that. They are breaking the rules to get the education they deserve.

Like DiCaprio’s Frank Abagnale Jr. in the scam classic, “Catch Me if You Can,” these kids are smart enough to find a cure for cancer without cheating. After a couple of conventional test-copying capers, they graduate to a remarkably believable and precisely choreographed version of the old “past posting” track betting scam. Everybody takes the same exam at the same time, but some people’s times are earlier than others. Impossible? Not in the internet world. It may take twenty-four hours for everybody in the world to see the same time, but a cell phone covers that ground in an instant. Couple that with a fleet of teenage motor cyclists and time loses its meaning.

Chock full of ethics lessons for adults as well as adolescents, this story goes well beyond that. It takes the old convolutions of “Mission Impossible” fairy tales and converts them into all-too-real internet time travel. High school teenagers who cannot manage to take out the garbage on time are bound together into a split-second cadre of special ops cryptologists. From piano note sequencing to test pencil barcodes, it is so simple it is scary. The networking lessons alone could be converted into a military training primer that could defeat ISIS in a heartbeat.

Great supporting work by Thaneth Warakulnukroh (“Pop Aye” lead Thana) as Lynn’s father, the only adult in the movie who holds fast to true family values, and Eisaya Hosuwan and Teeradon Supapunpinyo as the manipulative protagonists. 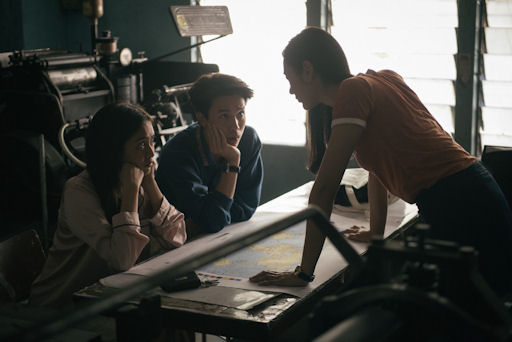