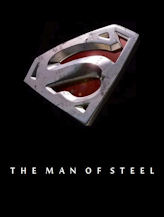 While production for the Superman Reboot — titled “Man of Steel” — has begun, it looks like we will have to wait longer than expected to see the return of the Man of Tomorrow.

Warner Bros. has released an official statement that the new release date for the movie will be June 14, 2013, rather than Christmas 2012.

Of course, this decision has already brought up questions about what caused Warner Bros. to do this. My theory is that it has definitely something to do with the on-going lawsuit regarding the Superman rights. There have also been reports that the script is getting rewritten, which could also be a possible reason to this delay. In addition, maybe the reboot that DC Comics is launching has affected the production as well.

Hopefully, we will get some answers as to why we will be waiting until 2013 to see the last son of Krypton rise once again, perhaps at Comic-Con this week.

“Man of Steel” will be out June 14, 2013 — in the meantime, let me know what your thoughts are regarding the delay by hitting with your comments to the right.