Man of Steel to Fly in 3D 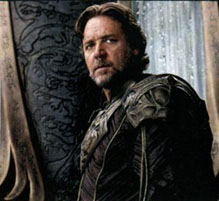 Alright folks, here it is, Warner Bros. Pictures has come clean and revealed what most suspected, some dreaded, and others hoped: “Man of Steel” will be converted to 3D. The news leaked a while back, but it was later denied. However, many insisted it would eventually still happen, and they were right.

Others complained that the movie should have been filmed in 3D from the get-go. Perhaps they are right, since the 3D post-conversion is so controversial, but I won’t even begin to discuss it in this article.

Personally, I love 3D movies and have always made that clear. Post-conversion 3D does seem to be a bit more dizzying than movies filmed in 3D, but I still believe “Man of Steel” lends itself perfectly for 3D and can’t wait to watch it this way. Since it will be released in 2D and IMAX as well, it should not be a problem and everyone should be able to enjoy the film in the format they prefer. I would like to point out a phrase that caught my attention from the press release (below),

We designed and photographed the movie in a way that would allow “Man of Steel” to captivate those movie-goers, while respecting fans who prefer a more traditional cinematic experience. We’ve taken great measures to ensure the film and the story come first, and 3D is meant as an enhancement.

Personally, I take from this paragraph that the film was filmed with 3D in mind and should make the post conversion more seamless and have that special pop, it deserves.

Here is the full press release:

BURBANK, Ca., Nov. 7, 2012 – Warner Bros. Pictures and Legendary Pictures announced today that director Zack Snyder’s upcoming action adventure “Man of Steel” will be presented in 3D in select theaters, as well as in 2D and IMAX®, so fans of the iconic superhero will be able to experience the much-anticipated movie in their format of choice.
Snyder stated, “The film is going to be a visually exciting experience in all formats: 2D, 3D and IMAX. Anticipating how audiences today embrace 3D, we designed and photographed the movie in a way that would allow ‘Man of Steel’ to captivate those movie goers, while respecting fans who prefer a more traditional cinematic experience. We’ve taken great measures to ensure the film and the story come first, and 3D is meant as an enhancement.”
The film stars Henry Cavill in the role of Superman/Clark Kent, alongside three-time Oscar® nominee Amy Adams (“The Fighter”), Oscar® nominee Michael Shannon (“Revolutionary Road”), Academy Award® winner Kevin Costner (“Dances with Wolves”), Oscar® nominee Diane Lane (“Unfaithful”), Oscar® nominee Laurence Fishburne (“What’s Love Got to Do with It”), Antje Traue, Ayelet Zurer, Christopher Meloni, Harry Lennix, Michael Kelly, Richard Shiff, and Academy Award® winner Russell Crowe (“Gladiator”).
“Man of Steel” is produced by Charles Roven, Emma Thomas, Christopher Nolan and Deborah Snyder. The screenplay was written by David S. Goyer, from a story by Goyer & Nolan, based upon Superman characters created by Jerry Siegel & Joe Shuster and published by DC Entertainment. Thomas Tull, Lloyd Phillips and Jon Peters are the film’s executive producers.
Warner Bros. Pictures presents, in association with Legendary Pictures, a Syncopy Production, a Zack Snyder Film, “Man of Steel.” The film is slated for release on June 14, 2013 and will be distributed worldwide by Warner Bros. Pictures, a Warner Bros. Entertainment Company.

What do you think? Sound of in the comment section.