“Avengers: Endgame” is currently the highest-grossing movie of 2019 and rightly so. Where do I start in my review of this movie? And to be honest, this is nothing to do with wanton enthusiasm but rather the challenge in guessing the direction in which Kevin Feige and company have been taking the story as well as the fans/viewers alike in the previous 21 films.
Although there have been 20-plus entries in the Marvel movie franchise, none have been able to meet up to the standard Marvel Studios pulled off here – whether in terms of size, consistency of the cast featured (RIP to the duo of Edward Norton and Terrence Howard), quality or whatever.
Hence, it is not surprising that as of September 2018, the movie had grossed $858 million domestically and $2.80 billion internationally. “Avengers Endgame” is, for me, the best movie of 2019. It is a thrilling conclusion to the series. The movie is a great emotional exploration of love, loss, friendship, family, duty and honour. It is a film of lots of quiet moments as well as small but effective emotional payoffs.

It will certainly take time for many viewers to truly appreciate this 2019 remake of “The Lion King” as a freestanding work of it own, as most are likely to judge it against the animated version of the Disney movie.
Director Jon Favreau has been able to bring the same tenacity and grim professionalism he exhibits in all of his movies. The story told in “The Lion King” is a very powerful story with tons of terrific songs as well as several funny and interesting supporting characters.
“The Lion King” is a tremendous performance and sensation.

In my opinion, this is one of Martin Scorsese’s best films ever and the best picture since “Goodfellas.” The movie is adapted by Steven Zaillian from a book written by the profilic writer Charles Brandt titled “I Heard You Paint Houses.” The movie is interesting in many ways, starting with the acting, which was quite superbly done. And people can’t stop talking about the hi-tech “youthification” technology used in the movie which allowed actor De Niro look younger than he is in the movie.
The story is told in a flashback, either through voice-over or to the camera, with Frank Sheeran, played by Robert De Niro, looking straight and upsettingly toward us, as if he was being interviewed by a journalist.
The movie tells the story of the Philadelphia mob murderer and his part in the strange and sudden disappearance of Teamsters union boss Jimmy Hoffa in 1975. The term “Paint houses” is a slang used for mob hits, which is to say paint them with blood – a slang temr that has a very damaging significance for Hoffa himself in the movie.
Scorsese managed to assemble a trio of galactic talents, and an extremely talented repertoire of players which gave him and the viewers intelligence, brilliance and exuberance, as well as regret.

“Captain Marvel” is the second major recent Hollywood movie to star a female superhero after “Wonder Woman,” only the captain is a far savvier and more high-flying fantasy than even the Amazon’s adventure.
Brie Larson, who starred as the titular hero in “Captain Marvel,” nailed the title role and it was great to see Samuel L. Jackson featured prominently in the move. If there is a quote or a line that stands out in the movie, it has to be the quote by Carol Danvers herself, “What happens when I’m finally set free?” It was, or should I say it is, rhetorical. Danvers had to say this when she came to realize the awesome power she possesses. She discovered what she was manipulated to believe for many years about her needing to rein in her powers in order to become a better warrior was false. And that’s when the fun really starts. 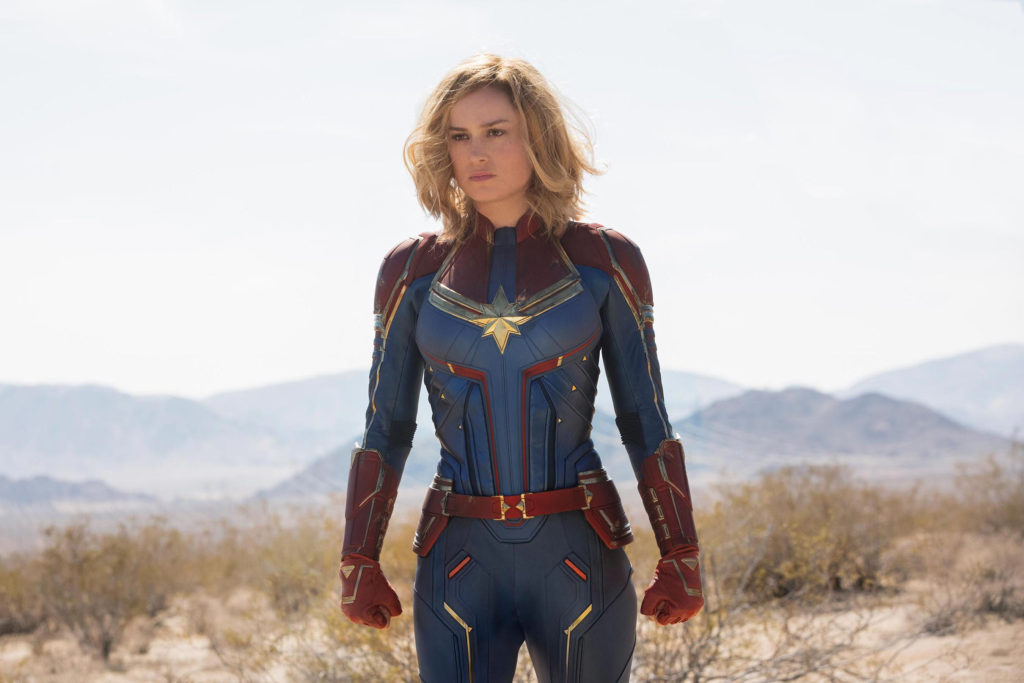 I have included solely because of the role Melissa McCarthy played in the movie. “Can You Ever Forgive Me” is a low-key biography of Lee Israel (McCarthy). “Can You Ever Forgive Me” earned Academy Award nominations for both Melissa McCarthy and Richard E. Grant.
Lee Israel has zero friends. No one wants to relate with her or root for her. The viewers of this movie will certainly not want to be her neither would they want to be with her. And although the movie didn’t do big business at the box office – taking in $12 million against a budget of $10 million – it is nonetheless a great movie and one you should aim to see if you haven’t yet.