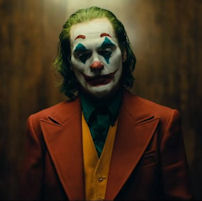 A new release from the DC comics movie universe, “Joker” tells the story of Arthur Fleck, a bullied and isolated man who suffers a mental breakdown. Played by Joaquin Phoenix, the actor takes the audience into a moral dilemma, asking them to have compassion for a clearly disenfranchised man who displays extreme anti-social behavior. This contradictory dynamic puts the audience in an uneasy, but engaged position.

The movie begins with Fleck working as a clown – apparently the best job of his life. “I always try to make people laugh because I don’t like it when they are sad like me,” he says. His dream job is to become a standup comedian. This genuine side of the character draws a contrast with the antisocial behaviors he displays in the second half of the movie.

A palette of raw emotions on screen
It’s this passion to make people laugh that later leads Fleck to such a dark place. The neurological pathology he suffers from causes him to react to certain situations in ways that are different to the norm, consequently leading him to become further isolated and even abused by other Gotham City’s residents.

From a happy clown to a sociopath, the personality change is so strong that it leaves the audience in an uncomfortable position: Should I feel compassion for this lonely man or repulsion for this criminal behavior?

The fact that the movie raises such deep questions suggests that it targets a certain audience. Although DC movies tend to appeal to audiences of all ages, the dark and disturbing behavior of Fleck is only appropriate for a more mature audience.

A powerful act from Joaquin Phoenix…
Joaquin Phoenix does a great job at showcasing the double-sided personality of the Joker: a kind man who takes care of his elderly mother and a troubled character that finds self- empowerment in disrupting society.

His weird but funny dance on the stairs is one of the high moments of the movie. This unexpected moment of joy and madness is a great representation of Fleck. This dance was actually praised by Jenna Busch from Vital Thrills: “The little dances he does as he tries to act sexy or confident are the sort that makes you embarrassed for someone at a party. As he becomes who he really is, the movements are powerful.”
The actor managed to convey the complex personality of Fleck and the difficulty that comes with “being different” from the rest of the population, which is a common theme that makes any main character stand out.

Using production props like heavy facial make-up help to emphasize the contrast. As a professional clown, he makes a living to make people laugh, but when he goes home he becomes a dark and resentful person, wishing to be accepted for who he is. The struggle of the character to feel included in a community is what makes Arthur Fleck relatable.

A main character who “doesn’t fit” in society is a common topic in movies. A classic example is “Molly’s Game,” in which the protagonist Molly Bloom chooses a different path to society and family’s expectations. After severe injuries put an end to her professional skiing career, she made a new career for herself by organizing high stakes poker tournaments. It shed some light on this hidden community and is said to have inspired a new generation of players.

Similarly, Todd Phillips managed to bring into the conversation taboos like social inequalities and psychiatric disorders by showing on the screen what connects all human beings together: emotions.

However, the director has been criticized for the liberties he took with the main character and the storyline. This 2019 version was inspired by 1976’s “Taxi Driver” and 1982’s “The King of Comedy” and therefore differs from a traditional DC movie. For those who expect a traditional good vs. evil scenario, in which evil characters lose, you will be surprised.

Like in any adaptation, the movie leaves out some parts of the DC Comics story. As much as the audience understands the difficulty of includinf all details in one movie, Phillips did exclude some elements about how Arthur Fleck became the evil of Gotham City and his relation to Bruce Wayne (AKA the future Batman). This aspect might disappoint some fans of DC comics.