New Videos From ‘The Princess and the Frog’ 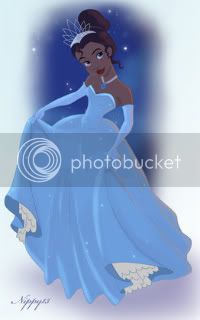 Disney has released a pair of new videos for the animated feature “The Princess and The Frog.”

As previously reported, the movie — featuring the voices of Terrence Howard, Oprah Winfrey, John Goodman and Anika Noni Rose as the princess — is a return to the classic Disney hand-drawn animation style of films such as “Snow White and the Seven Dwarfs,” “Cinderella” and “Aladdin.”

The story is a contemporary re-telling, with a funny, but unfortunate, twist on the familiar Grimm’s fairy tale, “The Frog-Prince.” When this princess kisses her “frog,” she becomes one as well and so begins their quest to regain their human forms.

Look for the film to hop into theaters on Dec. 11.

The “Behind the Scenes” Video:

And click here to see six scenes from the movie.

Tags: "The Princess and The Frog", Disney, Oprah Winfrey
Posted 27 Sep 2009 by Guest Writer in Features