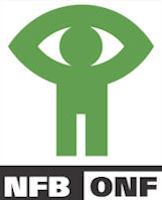 The National Film Board of Canada (NFB) has received a record seven nominations at the 16th annual Webby Awards — surpassing the five nominations Canada’s public producer received annually in 2010 and 2011.

The interactive documentary “Bear 71” has been nominated three times: for Activism and Netart in the Websites category, and for Best Use of Interactive Video in the Online Film & Video category. Created by Jeremy Mendes, Leanne Allison and the NFB, “Bear 71” was produced by Loc Dao, Bonnie Thompson, Dana Dansereau and Rob McLaughlin.

In addition to its nominations, the Webby Awards also names Honorees: entries that have been selected as some of the best on the Web. This year, two NFB works are Webby Honorees: the NFB co-produced interactive documentary “Barcode,” produced by Hugues Sweeney, Rob McLaughlin and Loc Dao of the NFB, and Joël Ronez, Marianne Levy-Leblond and David Carzon of ARTE France; and its PixStop app for the iPad 2, produced by the NFB’s Joël Pomerleau in partnership with Andrée Harvey of Pheromone.

Hailed as the “Internet’s highest honor” by the New York Times, the Webby Awards are the leading international celebration of excellence on the Internet. Online voting is under way at webbyawards.com.

The NFB has won four Webby Awards in four years, including its first double Webby winner last year, “Welcome to Pine Point,” created by Mike Simons, Paul Shoebridge and the NFB Digital Studio. Its other Webby-winning productions are “Waterlife Interactive” (2010) and “Filmmaker-in-Residence” (2008).