The newest poster focuses on Logan Lerman’s character, Percy Jackson, brandishing a sword over his shoulder. We don’t see much of Lerman, but as we know from the first film, Percy is the only demigod descendant of Poseidon and as such is entitled to the sword from his father.

Likely to be the first in a series, you can check out the stylish take below. 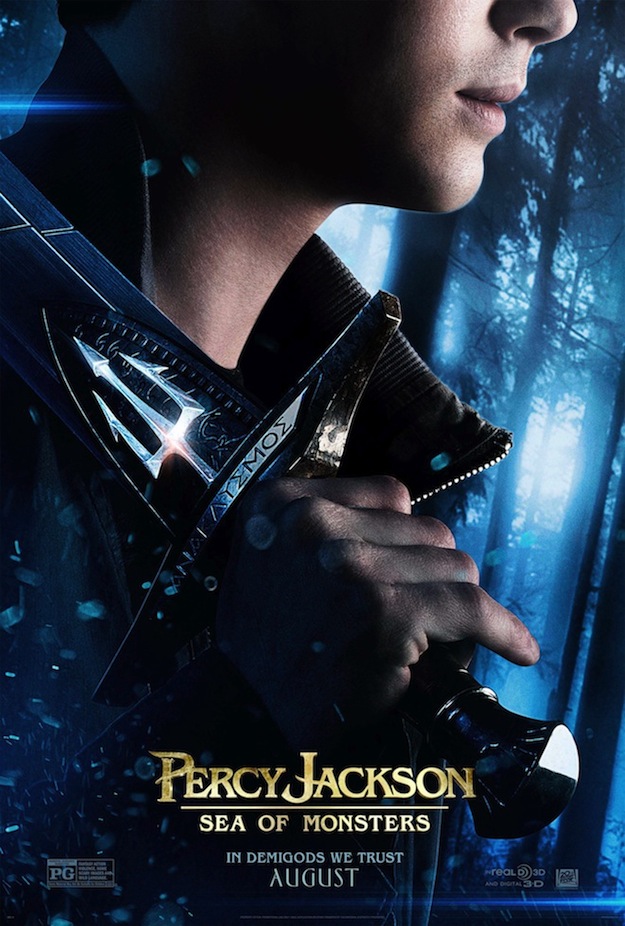 “Percy Jackson: Sea of Monsters” continues the young demigod’s quest to fulfill his destiny. To save their world and their dying safe haven, Percy and his friends must find the fabled and magical Golden Fleece. Embarking on a treacherous odyssey into the uncharted waters of the Sea of Monsters (known to humans as the Bermuda Triangle), they battle terrifying creatures, an army of zombies (of course there are zombies) and the ultimate Evil (whatever that will be). I guess that’s one way of explaining the mysterious disappearances of ships and people in the Caribbean.

Stay with us as more promotional materials are released for “Percy Jackson: Sea of Monsters.” And if you missed the first trailer, check it out HERE.