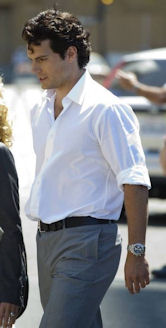 Apparently, the photos are from his recent trip to San Diego for Comic Con. He was at the event to promote his new movie “Immortals.” The Q&A was a success and the women swooned over the attractive star, who already has a pretty large following from his hit HBO TV show “The Tudors.”

One interesting detail of the photograph is Henry’s hair. Now, this could be a coincidence or maybe the wind, but in the photo he appears to be sporting the Superman curl — although he is dressed more like Clark Kent. This is important to the fans and non-fans of the upcoming “Man of Steel” movie in which Cavill is starring.

The movie — recently pushed to 2013 (http://itsjustmovies.com/17171) — has already lined up A-list actors to star in it. From the likes of Amy Adams, Russell Crowe, and Kevin Costner to, most recently, Lawrence Fishbourne and many others.

Yet, many fans — although excited about the casting — are still waiting to see their first glimpse of the Man of Steel himself, who, in the end, is supposed to be the star of the movie. That’s why these pictures are actually cool. We actually get a look at Henry Cavill with an almost perfect Superman curl, which I’m curious to know if they will be going that route in this movie.

What do you think? Are these pictures photoshopped? Hit me with your thoughts! 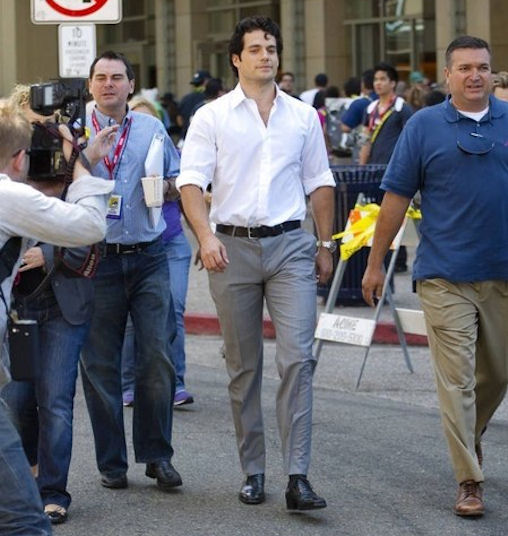