Poetry in Film: Do Not Be Afraid 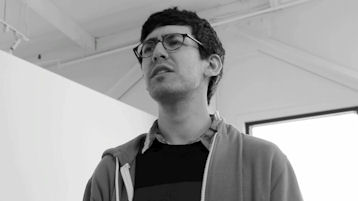 Poetry scares a lot of people. Though it’s the most precise and pared down literary genre, imagine it as the centerpiece for a short film. According to a recent one-star rating of “The Angelic Conversation” by the experimental filmmaker Derek Jarman, which takes as its centerpiece the sonnets of Shakespeare, “Storytelling is the heart of cinema.” Without a direct narrative, film falls flat.

As a poet and fledgling filmmaker, I heartily disagree. While I admit it’s perhaps more of a challenge to channel a film from poetry, versus a traditional screenplay, the end result, while different in form, doesn’t necessarily have to shirk on quality or be any less compelling for an audience.

When I found out that some young San Francisco attorney had begun setting to music Walt Whitman’s iconic poetry masterpiece “Leaves of Grass,” I ran to hear the performance. Daniel Redman, a 30-year-old, nerdy-looking hipster, stood before a packed audience singing what I can only call a cross between Appalachian folk singing and Jewish chanting. The audience sat mesmerized for 30 minutes while he sang, from memory, the entire first chapter of “Leaves of Grass.”

Despite everything I’ve already said about the challenges — for both a filmmaker and audience — I knew this was a film-worthy project. And to make sure it didn’t put off too many people, like the Netfix reviewer, I decided to include a little storytelling from Daniel because his path for undertaking this momentous project is inspiring.

Singing Whitman’s LEAVES OF GRASS from Kevin Simmonds on Vimeo.

Kevin Simmonds is a poet, musician, performance artist and filmmaker based in San Francisco. He has three books forthcoming: Mad for Meat (Salmon Poetry), Collective Brightness: LGBTIQ Poets on Faith, Religion & Spirituality (Sibling Rivalry Press) and Ota Benga Under My Mother’s Roof (University of South Carolina Press). This summer, feti(sh)ame, his first real-deal short film and based entirely on his poetry, will debut at San Francisco Frameline Festival and the Provincetown International Film Festival.