I have to admit, I don’t quite understood the hate some people have for “Twilight.”

Granted, I have never read a single page of any the books, nor have I seen the movie. So I honestly cannot judge the quality of the product. However, as a writer, I am completely in favor of books that get people to read. For as long as I can remember, people have had elitist attitudes toward books that have had the temerity to actually become popular.

But if someone wants to sit back and read a romance between a young girl and a vampire or a werewolf, why judge them?

Anyway, the makers of “New Moon” (I am choosing to ignore the unnecessarily longer “saga” title) are using the same strategy as the people who bring you the “Harry Potter” movies: release way too many posters in an effort to garner more publicity for a product that really doesn’t need it.

And, of course, here I am playing my part by revealing three new posters for “New Moon.” 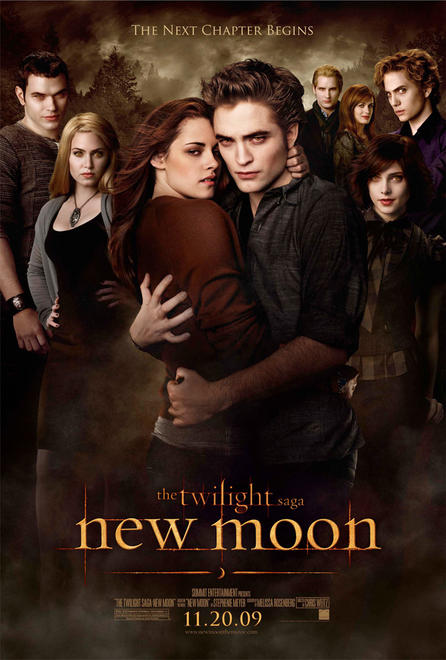 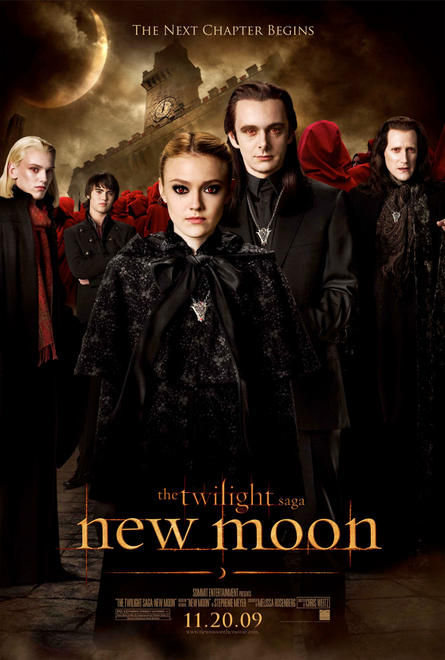 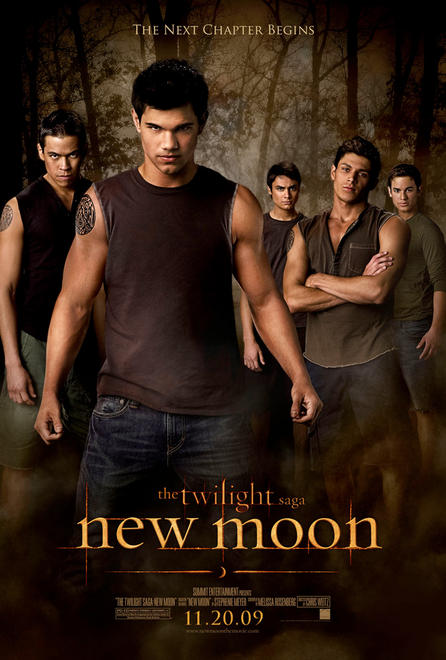