It’s been an interesting few weeks for “The Amazing Spider-Man.” The first teaser trailer was just released and today there is a new teaser poster for the film.

Just like the latest poster for “The Avengers,” this poster doesn’t reveal anything new about the movie, but it’s still interesting to see the suit closer. I totally dig the spider-back, which is similar to Maguire’s spidey suit, with the only difference being that instead of the spider being as big as it was on Maguire, its legs are much longer and go more below on the back.

In general, I think the suit’s material looks much cooler than it ever has. 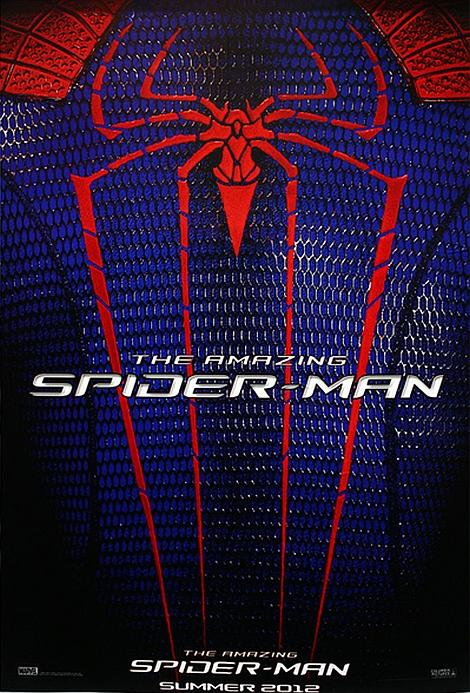 In addition, a few days ago the movie had a panel at San Diego’s Comic Con, where the cast members and director Marc Webb discussed about the film. Back when it was announced that Spider-Man was being rebooted, I was concerned. However, since then, with all the interviews, photos and trailers, I have been more and more positive about the film. And the passion, love and dedication that actor Andrew Garfield has shown for the character of Spider-Man/Peter Parker really strengthens the movie itself.

If you want to see how dedicated he truly is to this character, I suggest you watch what he did at Comic-Con:

Even though it would be nice to see more teasers from the film — especially how the Lizard will look — I feel I have seen enough to know that this movie will be one of 2012’s top movies.

“The Amazing Spider-Man” will swing into theaters July 3, 2012. In the meantime, I want to hear your thoughts about the movie, so hit with your comments to the right.