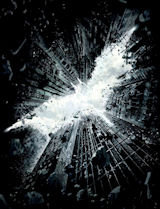 The internet was all a flurry when it was rumored that a “Dark Knight Rises” teaser trailer be debuting before “Harry Potter and the Deathly Hallows: Part 2” this week. Well, apparently, the good people at Warner Bros. weren’t able to contain their excitement about the movie as we now have a teaser poster image from the film.

Debuting on the new website for the film, www.thedarkknightrises.com, the poster is the second official image to be released from the production company and it is very Batman as well as very Christopher Nolan.

Sporting a similar look and feel to the final poster for 2008’s “The Dark Knight,” the poster uses the unmistakable symbol of a bat out of a group of other objects. Before, the symbol was formed from the side of a fire-encroached building, now we get it from a very cool angle of the Gotham City skyline crumbling down upon us. I don’t know about you but I get a similar vibe as some of the posters for Nolan’s film “Inception” that utilized buildings in an odd way as well.

Little is known about the film at this time besides the cast, and, of course, everyone is back: Christian Bale as Bruce Wayne, Gary Oldman as Jim Gordon, Morgan Freeman as Lucius Fox and Michael Caine as the faithful butler Alfred. The addition of Anne Hathaway as Selena Kyle, Joseph Gordon-Levitt as John Blake, Marion Cotillard as Miranda Tate and Tom Hardy as the villainous Bane has taken a top-notch cast and raised the bar even higher than before. Filming began in India for “The Dark Knight Rises” in May of this year and is set to conclude in November with some time spent filming in Pittsburgh.

Shooting almost entirely using IMAX format this time, Nolan has promised to push the boundaries of technology, improving on image quality and scale that has never been seen before. I for one take that as a good sign because I saw “The Dark Knight” in an IMAX theater multiple times and was amazed by how the filmed looked and sounded, and if Nolan wants to give us more of this, than I am all for it.

“The Dark Knight Rises” is scheduled to glide into theaters July 20, 2012. 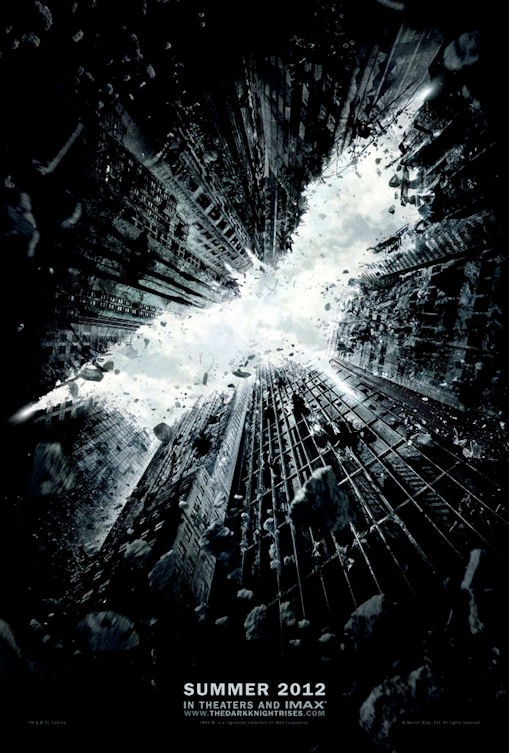