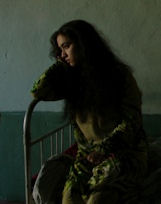 Screened at the 40th Seattle International Film Festival, Saodat Ismailova’s “Chilla” came as a surprise to an audience expecting the Indian crime thriller “Monsoon Shootout.” As the SIFF staff pointed out, “this is no Monsoon Shootout.” Indeed, Ismailov’s movie probably produces more lasting impact than “Shootout” ever could.

The cast of the film is entirely female. The issues in the film are ostensibly female, but they are not necessarily gender-specific. Three generations form the leads of the screenplay. The youngest of the three, (Bibicha) Rushana Sadikova, has been chosen, or has volunteered, to execute a ritual known as “Chilla-nashini” or the 40 Days of Silence. It is a rite of penance and self-denial, conducted to atone for past sins. Although we understand the penitence from the beginning, it is not clear what sins this girl could have committed.

True to the tone of the film, this movie has very few spoken words. Close attention to the characters is required to grasp the story that emerges at a snail’s pace. Babicha appears to be an orphan living in an isolated, impoverished, superstition-laden village in Uzbekistan. She lives in her grandmother’s house and has been taken in by a woman of the generation of her grandmother who holds profound religious beliefs. In fact, the entire village is steeped in religious dogma.

The grandmother’s daughter, Khamida (Barohad Shukurova), has returned to her mother’s house after years in the city. Khamida’s betrothed died before they could be married and Khamida’s daughter Sharifa (Farida Olimova) was born out of wedlock. Although this is something that would be dealt with in a casual and practical manner in developed countries, in the context of this village, these people and their religion, it is a mortal sin. There is penance to be paid and extraordinary anguish to be inflicted to set things right.

The film begins with a somber and percussive sound track that would fit a horror film. In the shot of Babicha in a dirt cellar, the viewer expects the worst. There is possession at hand and this girl is in far over her head. Resonating sequences follow of Babicha walking with bare, bloodied feet over the rocks, thorns and scrub brush if the high desert. Those around her talk about whether or not she will survive the ordeal of the 40 days of silence. 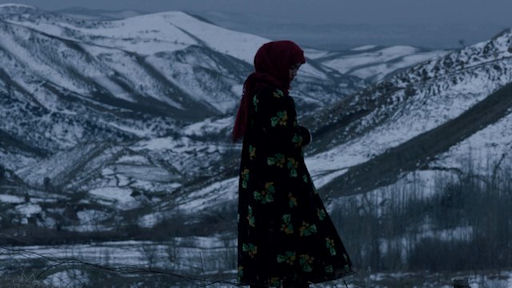 There is no music in the film and voices of any kind are heard only occasionally. Seemingly endless silences are broken only by the sound of a goat climbing onto the kitchen table of the decrepit, collapsing stone hut. There is a sense of despair and of complete abandonment of the physical world as we know it. The viewer is forced to drop into the unconscious of the four women involved in the penitence.

Towards the end of the film the location abruptly changes to a mining site. The overwhelming noise, power and carnal force of the machinery destroying the land are a blow to the senses after the long drawn out silences of Babicha’s village. Glimpses of the past are revealed that fill out the personalities and emotional traumas of the characters and further explain the convoluted and brutal acts that brought them all to the ritual of atonement.

In fact, there is little or nothing for the women to atone for. Their guilt is the guilt of a male society thrust on them. It is their crucifixion that makes the greater society whole and enables it to produce wealth.

The film is a traverse from the conscious to the unconscious across gender and generational lines. The cinematography is luscious and although the film’s 88 minutes are excruciatingly slow, there is never a dull moment. The background is unrelentingly harsh, varying from deathly dryness to muddy melting snow to outright blizzards. There is a sense of deep mystery and profound spiritualism embedded in the alien scenes of the harsh landscape, the deprivation that makes up the daily lives of the protagonists and the intimate friendship and knowledge the four women share with each other.

A minimalist triumph, “40 days” is rivaled only by such masterpieces as 2011’s “The Turin Horse,” (for which director Béla Tarr won the Berlin Silver Bear). Although death takes us, there is no death for the true believer. 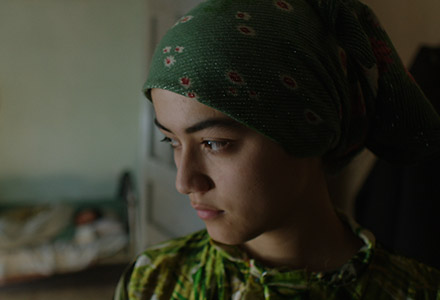