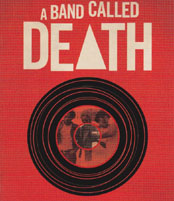 Screened at the 39th Seattle International Film Festival, “A Band Called Death” could just as well be called “A Band Coming Back to Life.” Directed by Mark Christopher Covino and Jeff Howlett and featuring none other than Alice Cooper himself, this is a Horatio Alger story in reverse. These are three talented brothers who kill their chances at stardom and, in the end, gain something much more.

In the 1970s, Detroit was not a place you wanted to be. In fact, it is still not a place many people want to be. But if there was ever a great place to start a punk rock band, 1970s Detroit was it. Angst grew in the alleys and vacant lots like the ragweed that thrived in the cracked infrastructure. Rising up from the garbage strewn streets and the clapboard bungalows of the inner city miasma that is the Motor City, the band called Death saw an Alice Cooper show (I am not making this up) and an idea congealed in a musty bedroom of the Hackney residence. With the blessings of their saint-like mother, Bobby, Dannis and David started making noise that the neighbors had never heard before. And did not particularly like. Complaints aside, Death was born.

The road ahead was a mine field of disinterest, distaste, ignorance and, well, a lack of motivation to be blasted with nihilistic, discordant music at inner ear crushing levels. This was definitely not Motown. It was more like “Friday the 13th” set to music and amplified with electronics that rivaled the USA’s Early Warning Radar system. When the lights dimmed in Detroit and the sound level came up, everybody knew there was a new kid in town. But what was it?

It was a band called “Death,” and that was the problem. With the help of an angel at Columbia Records they recorded a demo tape that was filled with the quality and quantity of energy and ideas that make a franchise. Remember, this was before Bad Brains, the Sex Pistols and even the Ramones. Clive Davis, President of Columbia, saw this could have been the start of something great. He wanted to produce a record, the record that would have been the band’s ticket to the big time. But he had one condition, the name had to change. “Death” did not become a Columbia band. Perhaps something a little less onerous? The band, anchored by guitarist David Hackney, stood its ground. Clive Davis walked, and Columbia Records walked with him.

A big part of this film pays homage to the one of the three brothers who adamantly refused to give an inch on the name, or the harsh material the group recorded. This was brother David, who started playing a discarded guitar he found in an alley in the ultra-funky Detroit inner city. It was David who, for some incomprehensible reason, pushed the group to invent what came to be called punk rock. By 1977 the band named Death was dead, except for performances so far out on the margins of commercial music they could be heard on Alpha Centauri. 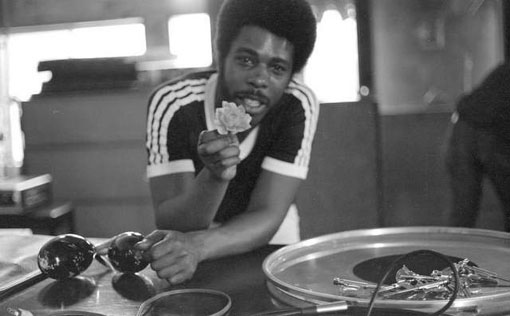 The year after the Columbia parting, they formed their own label, Tryangle, and released a single taken from the Columbia sessions with the tunes “Politicians in My Eyes” and “Keep on Knocking.” In a run of 500 copies, they set in motion a time machine that would create some of the most valuable collectors’ items of all times. Some of those 500 pressings still exist, and they are a cult treasure roughly equivalent to the Dead Sea Scrolls. When internet publicity motivated the band members to scour the house, a moldy, filthy cardboard box buried in the debris in the far corner of the attic coughed up a treasure that floored the family. The original tapes from the original recording session had ended up there and stayed there for decades, untouched and unwanted.

In 2009, the Drag City label released their 70s demos for the first time under the title “For the Whole World to See.” David, who had been the tower of strength behind keeping the name, died of lung cancer in 2000 and never lived to see one of the most incredible rebirths of all time, the rebirth of the band he named “Death” and refused to change. The band has announced they have uncovered yet another group of unreleased proto-punk pieces that will be released in the future.

Of all the indie rock bands flicks that have been released in the last decade, this is one of the freshest and most remarkable. The story itself has fantastic historical interest while being as weird as they come. But above all, it is the most remarkable testimony to the bad to the bone pride and refusal to compromise that makes a great artist. This is a band that sacrificed everything to remain true to their vision, even though they knew it was doomed at the time. Even more importantly, this is a family that stuck together and chose financial ruin and ultimate obscurity over the alternative of over-ruling a brother, to make a buck.

Bobby and Dannis still reside in Vermont and lead the reggae band Lambsbread. Their next generation is taking over where the original three brothers left off, producing music that is even more painful, and louder, than before. If the first electronics were Early Warning System, these are direct wired to Grand Coulee Dam. Don’t miss the band, or the film.