Hold on, ye professed intellectuals! Patrick Wang takes the time with left-over funding from “A Bread Factory, Part One” to do a second response to the real-life story of a New England community arts center in trouble. In case “Part One” wasn’t experimental enough, this time Wang incorporates the ancient Greek play, “Hecuba,” to produce an intellectual banquet. 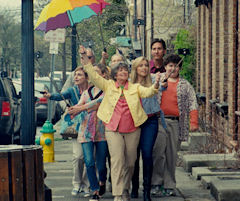 “Part II” begins with a musical quartet and a variety of stage presentations in strobe light. The viewer asks: Why? What?
An artist carries in an odd cage she calls “The Pieces of Henry Kissinger’s Heart.” Her good friend generously responds, “Only you could make something wonderful out of Henry Kissinger’s heart.” Those on the researched side of political history recognize the innuendo. Patrick Yang has chosen his audience and builds on the capitalization.

There has been a jostling on the board, a revote, and now The Bread Factory (the name of the art center) has lost its funding.

Wang is rebooting his original story, “The Bread Factory, Part One,” with an alternative ending to support his premise that community art is the heart and soul of a town. When it is compromised, when the art and culture of community-based art is de-valued and not supported, what happens?

To passionately and deliberately drive in his nail, Wang executes a stunning evocation of Euripides’ “Hecuba,” allowing Elisabeth Henry-Macari to take on the reigns. She delivers with a majesty reserved for the queen she embodies. Brilliant.

Hecuba was the wife of King Priam, the tricked king of Troy during the Trojan War. After successfully defending his kingdom for 10 years against a rapscallion Achaean (Greek) army, Priam falls victim to Odysseus, master mariner of cunning intelligence. Odysseus concocts the plan to infiltrate Troy in a giant gift horse that hides his warriors. The story of Hecuba takes place in the dangerous days after the Achaean triumph.

While, Henry-Macari magnificently becomes the tragic Hecuba, she and her partner, played by Tyne Daly, train a waitress, a novice in theater (a transformative performance by Jessica Pimentel), to be Hecuba’s daughter who learns her destiny is to be a human sacrifice.

Duplicity, corruption, ignorance, arrogance and oppression are the dark players in the tragedy of “Hecuba” as well as in the little town in New England (and other places the viewer might recognize). 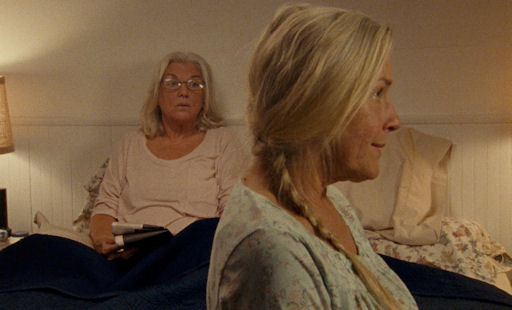