Review: A Touch of Sin 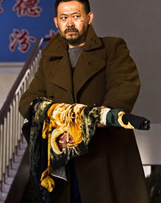 The winner of this year’s Palme d’Or at Cannes (2013), Zhangke Jia’s mean streets drama “A Touch of Sin” (aka “Tian zhu ding”) is a condemnation of Western values and celebration of Western life, at the same time. This is four stories taken from the headlines of china’s modern newspaper. They are a lurid expose’ of capitalist China gone terribly awry and a celebration of the human will to live.

Dahai, the hero of the first story, is a mine worker that strikes out against the corrupt machine of a modern robber baron. The tycoon apparently succeeded in stealing an entire coal mine and proceeded to enrich himself while ignoring his promises to the miners. The minors initially cooperated with the takeover, which we must assume was done with the unknowing blessing of the central Chinese government. Although the punishments for such theft can be severe, this particular businessman has gotten off scot free. His life now consists of orchestrated homages paid to him by the townspeople who he is slowly starving to death.

Dahai is forced to make a decision that no one else in the town will face, a decision of life or death, man against the machine. Living a combination of the American tale of John Henry and a pro-worker Dirty Harry, he submits to the role of paladin and is, himself, subsumed into the gears and cogs of a life of crime.

In the second story, a country boy, grown up, returns home to a village that has been absorbed, or evolved into, a modern urban business center. Soon, he finds himself on the unforgiving streets with no job that will pay for even the basic necessities needed by his wife and child. He tries several options and then becomes fixated on his gun, the only power he can obtain. As the fireworks of the city light up the night sky he pulls out his gun and shows it to his child. “Want to see some fireworks?” he says, as he blasts into the night sky.

Writer/director Zhangke Jia then uses the camera to use the backdrop of the false promises of the bright lights of the mirage of prosperity as a backdrop for the nihilistic power of an alienated citizen. This powerfully photographed film uses repeated scenes like this to contrast the abandoned old with the dreadful new. Overdramatized? Yes, in the same way that the original American “Naked City” blasted the most infamous failures of post-war America into people’s consciousness. Complete with repeated scenes of deserted streets at night, dead except for the cold, cheap neon lights making the streets uninhabitable by any but the mechanistic creatures of a nation sacrificed to money.

Train wrecks and half-finished bridges echo the unfulfilled promises of the New China. The harshness of the country in winter is contrasted with the bleakness of human works that never quite measure up. 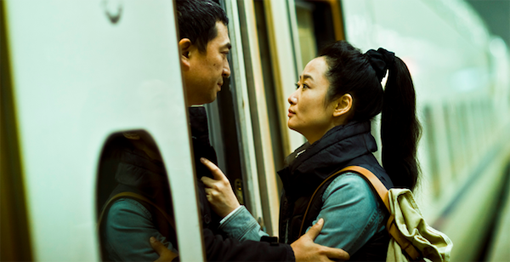 In the third story, a young, virtuous woman is actually beaten with wads of money by a rich, abusive business man. The man demands that she respect his money and the power that it gives him. When she resists he beats her and humiliates her until her inner pride finds he own outlet in the form of a small but expertly wielded knife. Covered in blood, she finds the respects she seeks and men run from her. it is, of course, her death knell as well. She is a dying breed, one who like Dahai, sacrifices her life for nothing except her own honor.

The last story takes place in Guangdong province, in one of China’s “Free Enterprise” zones. A young man who makes the ultimate sacrifice as doors close in front of him, one by one, and he refuses to give his body, and his honor, for even marginal means of survival.

This is a story of paladins, marked heroes on a collision course with destiny. The wide screen becomes Zhangke Jia’s tablet of stone. As the film progresses, the action moves from the endless plains of China’s back country. The natural forces of snow and rain give way to the artificial lights of the city that beckon the naïve into its web of self-destruction. Even the wealthy and successful are zombies drunk with money and power and so blinded by their greed and the desperate frustration of unobtainable honor that they are vastly less empowered than the poorest of the poor, begging on the streets.

A story of the worst parts of modern society, this film is shot like the best parts of the photographs that Weegee (Arthur Fellig) flashed for the fledgling United Press International and were published in every newspaper in depression and post WWII era New York City. Just as these photographs were as appallingly gruesome as they were mesmerizing, Zhangke Jia dares the viewer not to look. He dares the viewer to not become part of the silent majority looking on, while the players on stage enact their own hopeless roles, staggering under the weight of a society that just does not care. Like animals beaten daily, seemingly for no reason, they live not until they starve to death, but until they see no further point in living.

As they die, with each death a little of the fabric of humanity dies with them. 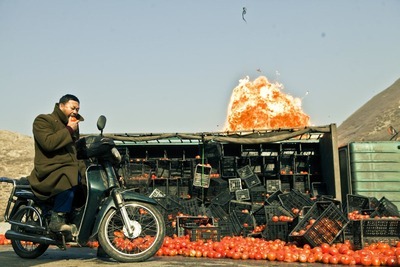