Review: The Secret Lives of Dorks 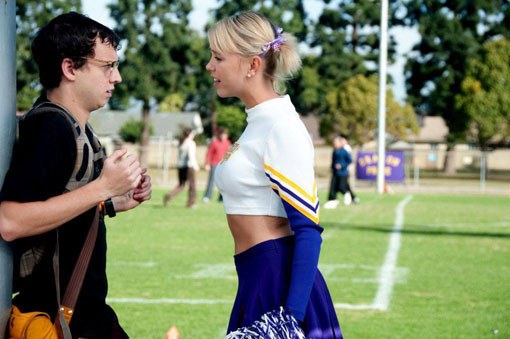 “The Secret Lives of Dorks” should be praised for its honesty at the same time that it is condemned for its lack of originality. It is exactly what one would expect and is, therefore, completely absent originality. On the other hand, anybody who watches it has no right to complain about the crude humor because, well, they should have seen it coming.

Gaelan Connell does the heavy lifting in this film (not to over emphasize the concept of “heavy”) as Payton, a dork of amazing proportions. Perhaps channeling the original dork of dorks, Napoleon Dynamite (played by Jon Heder), Connell goes about his business in womanlike fashion. But he is nowhere near “Napoleon” in his acting abilities or in the screenplay with which he is saddled. Although he has his funny moments, they are few and far between. By the end of the film, the audience is trying to remember which clichés they have not seen yet, in order to brace themselves for the onslaught.

Samantha (Vanessa Marano) is in love with Payton and that constitutes that sub-plot of the film. There simply has to be more that can be done with this sub-plot even though neither director Salomé Breziner nor writers Nicholas Brandt or Johnny Severin wanted to take the chance. Perhaps, in the end, Samantha should blow Payton up with a body bomb, or something. As the end nears, everyone in the audience braces themselves for yet, another, vacuum of originality.

Beau Mirchoff plays Big Man on Campus Clark, who has a comfortable owner-slave arrangement with Payton that is funny enough in the beginning, but fades into some kind of touchy-feely mentorship program in the end. Payton is, of course, in love with cheerleader and incredibly sexy non-actor Riley Voelkel, who also responds to Payton’s lusty overtures with helping him find true love, somewhere else. 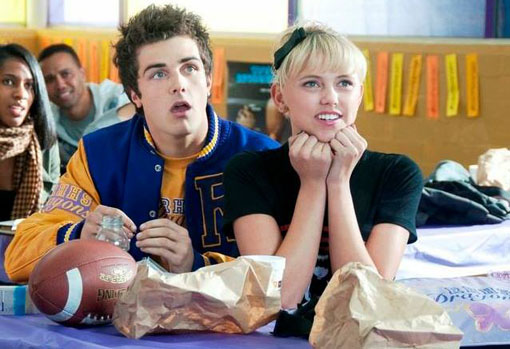 Whatever happened to Carrie’s solution to high school bullying? You know, the solution with the electrocutions at the prom and the flying lethal scaffolding to the heads of the perpetrators? That had a certain realistic satisfaction. Even “Napoleon Dynamite” had some semi-gritty realism as the end of the film to anchor the unrestrained lunacy of the majority of the screen time.

OK, “Carrie” might have given some kids wrong ideas and maybe they took psycho-kinetics into their own hands and simply did away with the bullies by more conventional means. That has no place in today’s schools, although it seem like violence in Congress and on military bases has mostly replaced violence in K-12 institutions. Nonetheless, when we go to any movie there is only so much rote repetition we should be forced to take in. At some point, one’s mental faculties are at stake.

Jim Belushi does a good job at playing the hopelessly out of touch father / football coach Bronko. Payton’s teacher (Jennifer Tilly) has a thing for Bronko and, of course, he does not know she exists. How many of these love affairs do we need in one film?

In the over-the-top department, director Breziner pulled some strings somewhere and roped in some unexpected talent. NFL Hall of Famer player/coach Mike Ditka, almost coming back from the dead, offers his self-help lessons that are simultaneously good common sense and totally ridiculous BS. The resonance between the physical, athletic world and Payton’s world resonates between Clark, Payton’s father Bronco and, yes, Mike Ditka.

What more could you ask? OK, you could ask for a lot more. But if you are ready for some laughs and almost inhumanly able to go along with the jokes, you will chuckle now and then in spite of yourself. 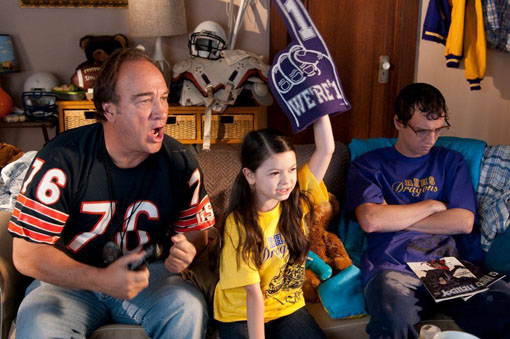