“Where can I find Dr. Strzeminski?” asks an eager new student at an art field trip. Flopping down on his stomach, Strzeminski rolls down the hill above her. His students shout out and roll in gay laughter down the mountainside as well. 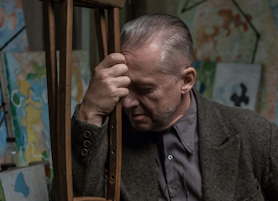 Władysław Strzeminski was known as the greatest Polish artist of the 20th century. But, the charismatic teacher had only one leg and one arm. However, agile with his crutches, he is soon standing before the novice with his students cascading behind him. They sit in a circle as he gives Hanna, his new student, her first lesson in art.

“The image has to be what you absorb. When we gaze at an object, we get its reflection in our eye. When we stop looking at it, and move our gaze elsewhere, an afterimage of the object remains in the eye -a trace of the object with the same shape but the opposite color – an afterimage. Afterimages are the colors, the inside of the eye which looks at an object. Because a person really only sees what he is aware of.”

“Afterimage,” a superb production, was the great Andrzej Wajda’s last film and the 2017 Polish submission to the Academy Awards for Best Foreign Film. It is based on Wajda’s own “afterimage” of the impact of Dr. Strzeminski, a leader in the avant-garde art movement that celebrated personal perspective and individual freedom.

Collaborating with Wajda, award-winning writer Andrzej Mularczyk, writes a deeply nuanced script of the life of a dedicated, inspired artist. However, due to Stalin’s extremist social policies, Strzeminski lost all he ever had, including his reputation, his life’s savings, his artwork and finally his daughter to an orphanage because he could not feed her.

When Stalin came to the full force of his fascist power and eventually usurps the autonomy of Poland in 1939, he obsessed that all people conform to a unified way of thinking, dressing, and acting. All artists were mandated to depict healthy, inspired men and women working proudly and happily together to develop the greater Soviet Union. Art defying this decree, including treasured classics, was destroyed or secreted in basements, walls or under beds.

A government representative came to his school, before he was fired, and explained that “social realism in art – the battle against cosmopolitanism and servility to Western culture” must be the focus of all Soviet art.

Strzeminski, portrayed with deep insight by one of Poland’s finest actors, Boguslaw Linda, was black-listed from all work and even stripped of his ration card so that he could procure nothing to eat. This film shows the evolution of his art, the complicated nature of his relationships and the context he was forced to endure.

“Afterimage” opens at the Lincoln Plaza Cinemas in New York City on May 19, 2017, and at the Laemmle Theaters in Los Angeles on May 26, 2017. A national release will follow. 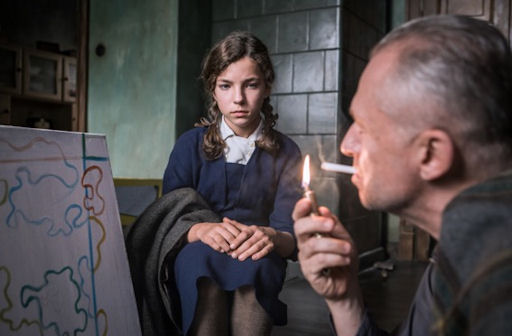