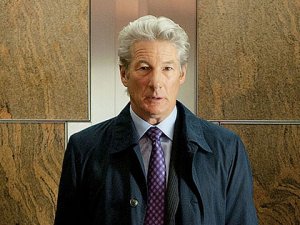 This is characterization hit out of the ballpark – and this home-run by Richard Gere in “Arbitrage” is breath-taking. He plays a slick wheeler-dealer consumed with what he calls the five ways to success: M-O-N-E-Y.

Okay, let’s skip an explanation of the title (I thought it was somebody’s last name) and a summary of the plot (I was lost at the vocabulary). The 33-year-old filmmaker/writer, Nicholas Jarecki, is just brilliant.

This complicated film functions on multiple levels reflecting and refracting themes on corruption. From Wall Street shenanigans to extramarital irresponsibility, the focus on appearances rather than reality is a commentary on affluent American culture. Even in the ending Jarecki does not simplify the prism.

Susan Sarandon, who plays the wise wife, represents family values as the trump card at this ultimate poker party. She will tolerate infidelity, but mess with her kids in any way and there is no escape from her wisely contrived consequence.

But is this retaliation enough to cure the endemic dishonesty in Gere, who represents the systemic capitalistic values in American life?

Like the leverage industry, when two commodities are pitted against each other for profit, the value is utilitarian. The criterion for good ends up based on positive results regardless of harms.
What is unaccounted for in the ideal arbitrage is Murphy’s law – Anything that can go wrong will go wrong. Internationally a government take-over or a change in regulations may affect a deal. Domestically or personally this might be an unexpected investor pull-out or fatal accident.

In a Chappaquiddick flash, Gere gets it all.

What contributes to Gere’s over-the-top performance is that he is a able to project the harmful activities in the investment industry with a child-like frenetic faith in money as the ultimate fixer of all things. We love him because he tries his hardest, despite bizarre obstacles cascading in blinding torrents.

Set with cooked books, eminent bankruptcy, investor inconsistency, marital betrayal, police framing, and unilateral disgrace, Gere brings an internal energy and external smile that is Wall Street itself as it keeps barreling on as the financial icon to the world. His masquerade powers his hopes for success.

And life itself, when compromised by transient values, is a hollow shell game of possibilities that Gere, with an indomitable spirit of hopeful perseverance, projects. He shines a smile to the crowd, a collegial touch to a subordinate and a tender kiss on the forehead to his wife on his climb up the scaffold. We like this guy because he is trying – it’s just that he’s got his value system irretrievably skewed – a potentially tragic human circumstance.