Review: Back to the Wharf 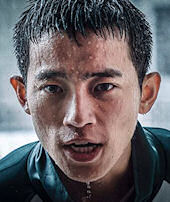 Films for the People’s Republic of China (mainland China) have been making their way into international venues more and more recently. But that doesn’t mean they’ve been successful in selling tickets.

The Chinese government and private companies have been pouring significant resources into the film industry, and officials are eager to boost their country’s cultural exports in a way that matches their world dominating business in manufactured goods. However, even domestic blockbusters receive little if any attention in the US, and little more in other parts of the world. Perhaps the insatiable market for streaming films on Netflix and the myriad other services will change that – at least in terms of exposure. There are currently about a score of Mandarin language films, from animated, to romantic to sci-fi, on Netflix.

The film I want to review here is not among those, at least not yet. “Back to the Wharf” is a noirish film by director Xiaofeng Li (“Ash”). Protagonist Song Hao (Yu Zhang – “An Elephant Sitting Still”) is the top student in a high school in the ocean-side city of Xiyan. His best friend is Li Tang (Hong-Chi Lee – “Cities of Last Things”), son of the town’s deputy mayor. They hang out together, riding bikes and playing arcade games. Because of his position, Li is respected among their peers and is able to protect the more introverted Song.

On this particular day, Song goes to his school to see whether he has received a promised access to a university education. To his dismay, it has been given to another, less worthy student. Returning home, he tells his father, Song Jianfei (Yanhui Wang – “Dying to Survive”), who finds out it is best friend Li who has gotten the university position. In a rage, his father goes to confront Li’s father. But Song Hao races ahead on his bike through a monsoon to head off his father. Unfortunately he goes to the wrong house where the drunken homeowner, believing Song is a burglar, attacks him. The boy defends himself, stabbing the homeowner with a huge kitchen knife. Panicked, Song flees while his friend Li observes from the house Song meant to go to.

Believing his future to be destroyed, Song flees home in the middle of the night and becomes a laborer in a stone-carving factory in Guangdong – for the next 15 years. Then he receives word his mother has died, and he returns home. This is the trigger for the rest of the film.

Writer Xin Yu draws a picture of guilt, regret, lost opportunity and corrupted relationships, all in a colorless town seemingly always awash in monsoon rains. Like many good noir tales, there are no heroes here, and almost no one lives happily ever after. Along the way, there are the usual twists and turns, and a couple real surprises.

The film is in Mandarin, with English subtitles. Unfortunately the dialogue sometimes comes fast and furious and it is very difficult to keep up reading the text while trying to concentrate on the visuals, which are, at times, stunning. This detracts from the powerful performances, and, is probably why films like this don’t gain a real purchase in foreign markets. I might suggest seeing the film twice, once reading the subtitles and then to appreciate the visuals and the subtle expressions of the actors.

This is a good film, but slow paced and not for those looking for shoot-em-up gangster fare. 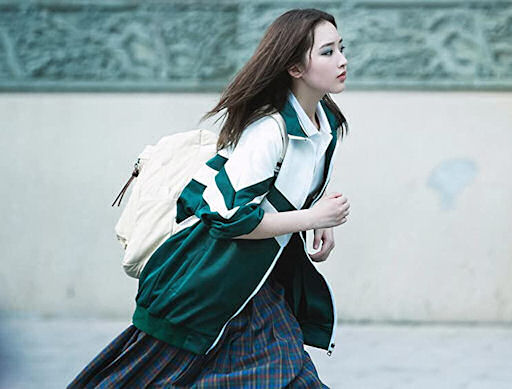