Review: Battle of the Year 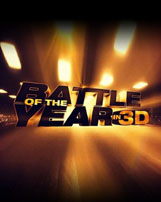 “Battle of The Year” is a dance movie … I mean marketing ploy … for director Benson Lee’s 2007 documentary “Planet B-Boy.”

“Planet B-Boy” describes how B-Boying has evolved and illustrates the Battle of the Year competition: the Olympics of break dancing. “Battle of The Year” is an attempt to adapt “Planet B-Boy” to a cinematic motion picture that tries very poorly to address why an art form that started here in the USA is on the decline, but is staying strong in other countries.

Lee and Production Company Screen Gems make it obvious that this is a push to increase revenue for “Planet B-Boy,” as the documentary is shown on every television spot or dead moment in the film. I wrote down that “Planet B-Boy” was referenced more than 15 times in the film.

If you though the “Step Up” series was a joke, then you will get a kick out of this film. B-Boying is dropping in popularity in America, but Dante needs a coach to train his crew for the Battle of The Year competition. Dante enlists the services of alcoholic widower Jason Blake (Josh Holloway), who is a basketball coach and not a dance coach. Surprise, surprise, Blake ends up watching “Planet B-Boy” with a young gentleman named Franklyn (Josh Peck), who later serves as his assistant, and together they form a “dream team” of dancers to train for Battle of the Year.

When the Dream Team is formed, part of the problem we see with American B-Boys is that they are all selfish and lack the concept of team. As every team has a leader, that role was given to Rooster (Chris Brown), a (supposedly) great dancer who is constantly bickering with former friend Jon “Do Knock” Cruz. This film is a bad choice for Chris Brown because he is someone many people do not like or can’t stand playing the role of a person we hate even more. On the plus side, however, the best scene in the film is when Chris Brown gets punched in the face by Do Knock. 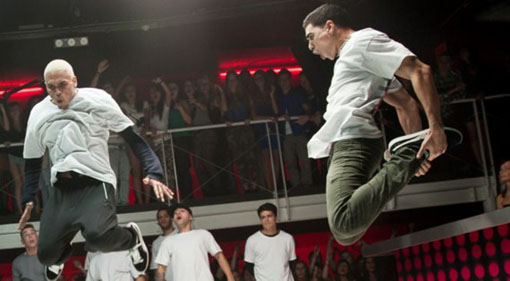 The problem with these types of movies is that you have to cast actual dancers because it takes a lot of skill to do this type of art; however, this is also the downfall of movies like this because you tend to then get C-level acting. There is also no emotional connection with anyone in this film and the movie does a very poor job trying to get you to connect to the characters.

Among the many things I disliked about this film, the one thing that made me the most upset was that there were no girls in the crew or any of the crews in the competition. I wanted to see more women in this film because they are just as good as the boys in break dancing.

The only good thing about this film is – as you might imagine — the dancing, but even that was ruined by the useless 3D. The 3D effects made the moves seem sloppy on screen — and it will cost you extra money to see them.

If you are a fan of B-Boying, I would suggest watching videos strictly on the competitions themselves because this movie is even worse than “Step Up.” This movie is little more than an advertisement for “Planet B-Boy,” so I guess I would suggest you go watch that documentary on Netflix instead, since Franklyn was nice enough to inform us it is available there during this movie.

“Battle of The Year” is in theaters now. Please avoid it.