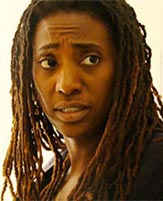 “Thank you for calling John F. Kennedy, the best kept secret in the Newark Public Schools. How may I help you?” That’s how the secretary is asked to answer the phone. However, there are more kept secrets than one and they’re not all good. But the true best is that there is this great teacher, Janet Mino, brimming with care, humor and communicative brilliance. She visits her students’ homes, meets with her students’ parents and researches post-high school opportunities.

Mino teaches in Newark, N.J., the 10th poorest city in the U.S. Two out of every five students live in poverty and one in 49 has autism, the highest rate in the country. For more than 40 years JFK has been the go-to school for students with multiple handicaps. Mino specializes in teaching the profoundly autistic, focusing on speech, social interaction and survival skills.

As “Best Kept Secret” explains, “Autism is characterized by difficulties in social interaction, verbal and nonverbal communication and repetitive behaviors.” There is no known cure and the spectrum of behaviors and cognitive abilities is wide and not fully understood.

Mino’s students are scheduled for graduation at the age of 21. After a fabulous program of swimming, yoga therapy, communication with assistive devices, vocational internships, community orientation, and a full array of instruction in life skills, Mino must let her students go.

But where? That is the other best kept secret and it is nation-wide. After millions of dollars of federal dollars fund a preparation for the least restrictive, most productive adult life possible, Mino’s students, like most other severely handicapped Americans, will be cast into a post-school abyss. They will have the choice between adult day care and… adult day care. They will lose language, social abilities and a sense of well-being, What Mino has worked for years to impart and what taxpayers have dutifully provided will not be utilized after graduation.

The secret is that there are few options for sustaining the handicapped once they are out of the school system. The film reports that “families, guardians, and professionals call this, falling off the cliff.”

“The Best Kept Secret” reveals Mino’s passionate instructional strategies, her frustration with limited post-graduation opportunities and her attempts to make a change.

To push it a little further, job prep for post-graduation in America is the most fundamental problem in the system today.