Hip Hop has gotten a bad rap (no pun intended). Initially invented as an angry reaction to the police brutality and institutionalized poverty and imprisonment of New York’s Bronx in the 1970s, it has emerged as a viable audio art form that actually appeals to some people of the main stream. Bucking up that mainstream appeal seems to be the major theme of this HH review set in Seattle, Washington.

Screened as part of the 2013 Seattle International Film Festival, “The Otherside” reports on a rumored alternative vibe in the city. Seattle’s Scandinavian conservative culture is substantially whiter than such monuments of diversity as, say, Kansas City. Nonetheless, it has showed signs of attitude in the past, such as the May Day riots when anarchists smashed windows in the business district to protest, well, something.

Fighting against a culture dominated by Boeing, Microsoft and the Seattle Library, this movie claims that Seattle can, indeed, be bad when it wants to be. Although the airwaves may be dominated by Fats Domino and Elvis today, tomorrow is the turf of the Blue Scholars, Dyme Def, Jake One, Larry Mizell, Jr., Don’t Talk to the Cops, Macklemore & Ryan Lewis, Shabazz Palaces and the other royalty of ‘tude featured in this flick.

One of the opening quotes, to the effect that Hip Hop is “your younger sister that got pregnant and dropped out of college just before the finish line,” does seem to have resonance. Now that pot is legal (so they tell us) and since yesterday the feds announced they are not going to arrest us for smoking or growing (at least for now), maybe the time is right for Seattle to get with the program, put down the books, substitute a little Night Train for the Starbucks and try to identify with whatever it is that is happening on the street.

Director Daniel Torok, whose past projects include “Fire & Ice,” a short he made about several months on an Arctic icebreaker, and “Guarding the Coast of Antarctica,” a self-produced music album, demonstrates a true love of music. He really cares about the people in this film and, for the most part, they seem happy enough to give him five to ten minutes of their time to relate their philosophies of life and music. The Hip Hop bottom line: teach yourself to survive without food and shelter before you quit your day job and never expect to make any money. The artist who does those two things will have only good surprises ahead of him/her, unless they wear the wrong colors into the wrong bar and get killed.

Admitting that anybody who loves music will like this film, the underlying sales job for the resurgence of the art form in the Pacific Northwest comes off as a bit strident. Rap and its physical cousins graffiti and break dancing were never an art form that needed selling and this film seems to be selling them to Seattle. They were art forms that were created as the vocabulary of violent dysfunctionality, the reenactment of the burnings of Chicago’s West Side, Newark and Los Angeles. Cutting off one’s nose to spite one’s face and then looking for what to cut off next. Considering this film’s sponsorship, including the local PBS station and Microsoft Paul Allen’s EMP Music Project, it is not clear how much book reading, coffee drinking support the Hip Hop movement can take before it dies of a white bread overdose.

Given that caveat, the movie is well produced and offers the real McCoy when it comes to video and audio examples of gritty inner city, in your face, attitudinal beats and rhythms. When it comes your way, buy some of that Night Train and check it out. 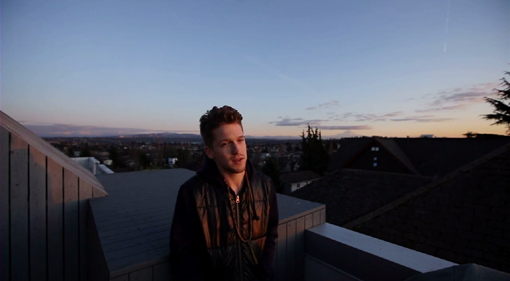