Review: Money for Nothing 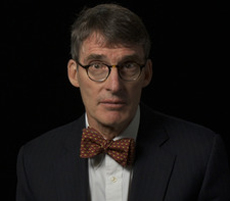 “This is a scary movie and no one should see it.” These are the words of Mary Eterno, economics buff and go-to person for financial matters. Bill Fleckenstein (MSN Money) calls it “a horror movie for smart people.”

In this info-doc producer/director Jim Bruce gives a very thorough historical account of the creation of the Federal Reserve and the power it wields over the American economy. However, he has also made it look like Alan Greenspan and Ben Bernanke have both done a really bad job as Fed Reserve Chairmen. He depicts the American economy as poorly handled, manipulated and directed by the Federal Reserve. Eterno, a retired history teacher, says, “It made me afraid of the future.”

Why? Because it shows that right now the Federal Reserve, under Bernanke’s leadership, is printing too much money and is out of control.

“Money for Nothing” has a series of spot interviews explaining how the housing bubble was manipulated with nearly 0 percent interest. It discloses that even though one of the Federal Reserve’s jobs is to regulate banks, under Greenspan’s laissez-faire plan this dimension of oversight was overlooked. Loans were made on homes without checking income statements and derivatives were not regulated at all.

The bottom line is that even though Bruce focuses on the Federal Reserve, there are more aspects of the economy to consider before lambasting individuals for its problems.
This film would definitely be hard for the average person to follow. Bruce tried to make it clear and interesting with charts and little humorous horror film excerpts, but it is still too much reality packed with too much information using too much financial jargon. Its best screening venue would be a business college with Fed. Reserve experts present for discussion. 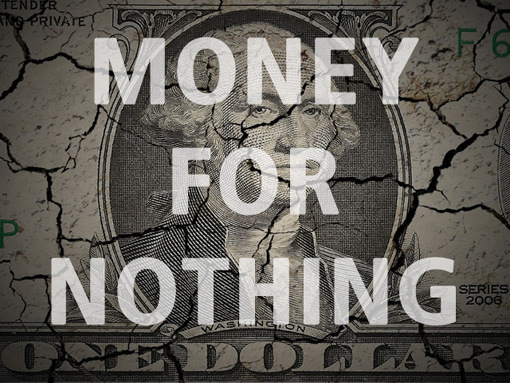