Now, for the most uncomfortable film of the year award, the winner is “Bleak Street” by Arturo Ripstein. 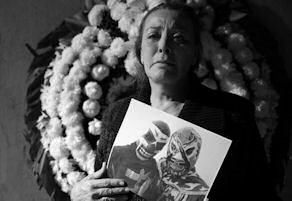 The “master of the Mexican bizarre” sets a high bar in this saga of poverty, crime and depravity and clears it by a mile. Shot in beautiful black-and-white, the cinematography of the ultimate inner city film noir is sharp as a scalpel. Each scene is blocked and shot taking into account every angle, broken bottle, ripped-out beam and brick and every oblique off-center eccentric shape and shadow. Even if the characters were normal, which they definitely are not, it would still be a fascinating movie to watch.

The screenplay recounts a true crime story of twin dwarfs who are professional mini-luchadors, or professional wrestlers. The typical show teams them up with the major opponents of the night and they provide additional comedy relief to what usually ends up a gory, humiliating and laughably lame affair. Their mother dotes on them but has nothing and relies on them for money, which they dutifully turn over to support the family. Love, hate and inescapable fate await them all.

This alternate universe “Leave it to Beaver” is paired with the story of two prostitutes who are forced to make an ever decreasing living as they get older. Every day for them is a series of insults from their madam, who assigns them to the worst locations where they are forced to do the worst of things. Every day is a choice of the degrading and unthinkable versus death. One has a cross-dressing husband who is twice her size and always ruining her clothes by forcing them on himself. Plus, she has a teenage daughter who is well on the way to becoming a prostitute herself.

The other lives with her crippled and insane mother who she dresses up for begging.

Ripstein received a special award at the 2015 Venice Film Festival, where “Bleak Street” premiered. He is the king of the unvarnished.

If you watch this movie and think it is too strange to be believed, think again. It is based on the true story of a mugging gone lethally awry. The two prostitutes escape from their daily damnation by fantasizing about the “good old days” when they would drug hapless johns with knockout drops and steal everything they had. When they decide to try it again, for old times’ sake we suppose, they make a lethal mistake.

As one would imagine, nobody wins in the end. Even at that, there is a certain “we are what we are” statement about the lives of the characters that embodies the human will to live while at the same time spotlighting the human will to hurt others. If there ever was a dark comedy, this is it. Even when things are at their worst there are scenes and sequences that are hilarious in their absurdity. In the end, all one can do to escape the clinging, smothering miasma is to laugh.

The only way out of the bars of the fire escape is to jump. 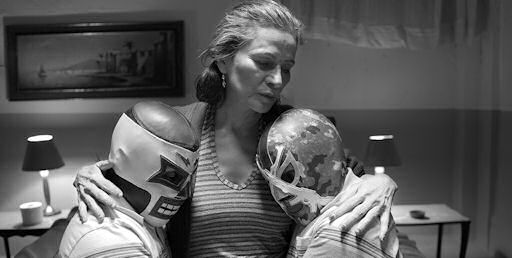