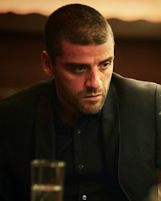 This is a great performance by Isaac, coming on the heels of his city slicker flicks “Ex Machina” and “A Most Violent Year.” He plays a drifter roaming through the desert with a rifle, a very large knife and a very strange philosophy. The beginning of Jack’s philosophizing is also the beginning of a tedious screenplay that attempts to substitute psychobabble for character development. It does not work.

Prime Time Emmy winner Walton Goggins (“Justified” TV series) also does a good job playing Jim, a successful film personality living the seemingly good life in the richer parts of Los Angeles. Despite having a loving wife and daughter and, apparently, everything money can buy, he is bent on self-destruction.

A major weakness in the screenplay is that the audience is expected to buy this situation without a trace of back story. Maybe we are supposed to figure it out on our own, using the stories we see every day in the supermarket check-out lines. This is a lot of imagination to have to muster to watch a movie.

By the first 20 minutes of the movie, many will have written off Jim as a spoiled, childish simpleton who deserves little in the way of respect, or mercy. Driving like a looney in the desert, he rolls his four wheel drive and starts to walk. Even the average city dweller will not be able to believe anybody could be so dumb and still have the money to own what he owns. It just does not make sense.

The first night Jim is camped and cozy, in walks Jack, who does everything but drool from the mouth. You can figure out the rest.

Monahan also produced the film (along with a dozen others). As the Oscar winning screenplay writer for the legendary Nicholson classic “The Departed,” he knows how to develop a character. Yes, it was easier with Nicholson playing a demented bad guy, because everyone in the theatre had seen him play one before. In the case of “Mojave,” the viewer has to move from seeing Isaac as the standup man of the century in Violent Year to a combination of Hannibal Lector and the punk in “Dirty Harry.” This is a leap and we are given precious little to help out.

So we are left with Jack in the same way we are left with Jim, asking why we should care what happens to either of these yahoos. The soundtrack does not help the situation at all. The tone of the music stays the same from beginning to end. What seems to work in the beginning is tiresome by the time it accompanies the credits.

Mark Wahlberg is fun to watch for the short time he is on screen. Even at that he manages to outshine both of the leads. He alone captures the spirit of the demented from “The Departed.” 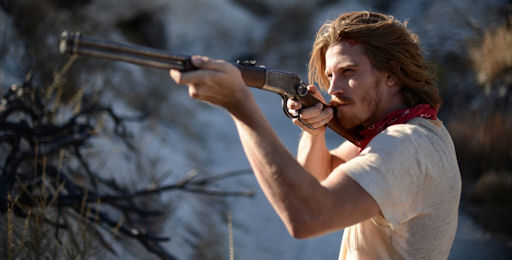