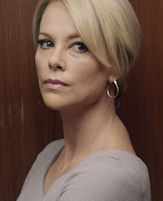 The leering male staff made comments and others made demands. The pseudo-strong females were demeaned and coerced. Gretchen Carlson (Nicole Kidman), a prior Miss America and a Stanford grad, was the first to rise up. This is her story and it is a good one.

Young girls will ask the “Bombshell” ladies, “Why did you concede? Why did you give in to sexual requests? Is a job, is fame and fortune, more important than your integrity and self-esteem?”

The older ones will roll their tired eyes and explain this is the way of the world. If you are ambitious, driven and acutely intelligent, you must still do what it takes to get ahead in a man’s world. As a matter of fact, you expect it. The high school and college social worlds have prepared you.

The deep psychological motives behind the perversions of the bosses and the acquiescence of the women are not explained, but “Bombshell” tells the story it can, and it tells it powerfully by some of the best dramatists in the profession.

Roger Ailes (John Lithgow) is sick in body and mind. His lying lips, his flabby hedonistic body, his cruel commands, and his power transformed an entire workplace into a short-skirted meat walk. The Hitler-esque obedience he gets from the devoutly religious and the behavior he stridently exhibits for his male employees to emulate is a study in Genghis Khan 101. At once both helpful and demeaning to women, he was candid in his message: “All I want from you is to see the inside of your hotel room.”

Yes, this is the hypocritical Republican FOX enclave, set up to ironically pander to the religious Right while dehumanizing the messengers. This kind of double-speak, this kind of perverted message of American patriotism led by a parade of short-skirted women comprised a stable of compromised women willing to sell their soul.

How can Gretchen Carlson (make-up free Kidman) make her case if no other woman at Fox News comes forward? Enter, steely-eyed Megyn Kelly (Charlize Theron) claiming she is not a feminist. She is the necessary key in the lynchpin, but does she have the grit to get involved?

Superbly presenting the case of a gay woman at Fox, Kate McKinnon downplayed her character and stole all the scenes.

Questions abound about the veracity of the script and the depictions of the characters. Kate McKinnon’s portrait of a gay woman’s situation at FOX and Margot Robbie’s portrayal of a deeply devout Christian Republican are composites that help create the disrespectful tone and dangerous reality at Fox. The rest of the script was mostly lifted from Megyn Kelly’s memoir and legal depositions.

Charles Randolph, a Yale Divinity graduate and award-winning screen writer, has written a masterpiece of revelation. Together with director Jay Roach, he has given us a film for the decade. Nominated by the Screen Actors Guild for an Outstanding Performance by a Cast, “Bombshell” has the honesty in story and revelation in culture to become a classic. 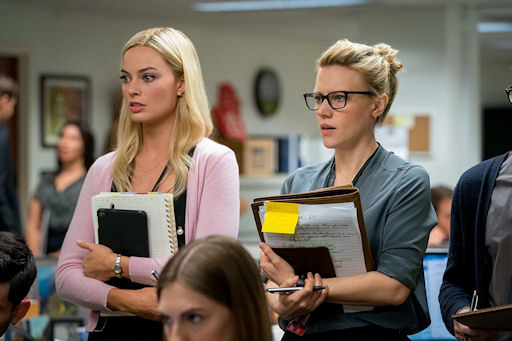