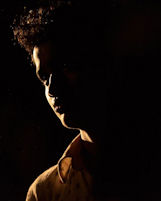 Cambodian Chakra is a slave in his own family. As tradition requires, his family’s farm will go to his older brother and Chakra will be a laborer for the family for the rest of his life. His protests are met with stern rebukes by his father. “Don’t complain, you have rice to eat.” In a move more American than Asian, Chakra speaks with his feet, hitting the road for new horizons. “Take this job and shove it” will force a harsh reckoning on the 14-year-old. As he shoulders the load of a man and leaves behind the dreams of a child his choices come down to the unthinkable.

Western coming of age adventure stories have traditionally been good news. There are not many on record that result in the hero’s humiliating death in an unmarked grave in a foreign and forbidding land. Nonetheless, many stories turn out that way, the forbidding land being the lights of the big city, the courage and cruelty of a foreign war or a life in disgraceful exile as a result of childish miscalculations.

Writer-director Rodd Rathjen negotiates a tightrope in this Huckleberry Finn tale turned deadly thriller. Australia’s entry into the Foreign Film Oscar competition, the film is shot with first-rate fidelity in Cambodia in Khmer and Thai languages, often using amateur and untrained actors, some of whom are actual survivors of human forced labor.

The tension is there from the opening scenes as Chakra naively trusts smugglers to take him, for free, to a high paying factory job in Thailand. His dream morphs into brutal human slavery at the hands of a modern Captain Bligh, the ruthless slaver Captain Rom Ran (played with unvarnished truth by Thanawut Kasro).

Thanks to Bethany Ryan’s production design, a brief passage on a tough looking fishing boat leads to imprisonment on Rom Ran’s ghost ship. Almost over the top, this cruiser is death on the waves. Manned by the walking dead, repeated long camera shots show it as a meaningless dot floating aimlessly in the inscrutable South China sea. The cadaver-like crew drags the bottom with nets, ripping the life from the sea. So far beyond the reach of any concept of sustainable harvesting, they destroy the ocean floor to make pet food, a power-punching metaphor in Rathjen’s lean and mean screenplay.

The three officers on the boat visit horrific death on anybody who tries to escape. Worse fates await those stupid enough to attack the leaders. The choice is to die slowly of malnutrition and 20 hour workdays or quickly by attempting to resist, familiar options in shoreside ghettos. There is no reason to believe a barely pubescent teen will cover all the bases.

Chakra will learn that there is no place like home. Family slavery is paradise compared to slavery raping the earth to make pet food. Even so, when the time comes to return there are things that cannot be undone. Liberty has its price and the price is never fair. Chakra’s journey is tale of the open crime of human trafficking and the accepted realities of political dictatorship, environmental destruction and internationally abetted class-based greed. A nail-biter with a message, well done. 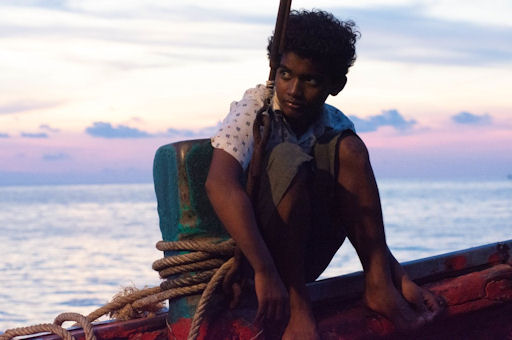