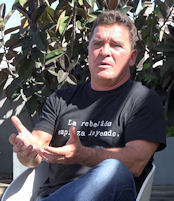 Andorra, the setting for this revealing film, is a miniature picturesque country with ski resorts and duty-free shopping tucked between Spain and France in the Pyrenees Mountains. But the embedded details of banking corruption, money laundering and back-stabbing juxtapose a dark and dangerous alternate life.

What makes this investigative film so remarkable is that it traces back, using courageous speakers and something I’ll call a nesting dolls approach to one source, and then another, and then, oh yeah, we get it now – another. But still, that last little doll that you think is the end, opens up to expose the ultimate underhanded mover of it all, perhaps.

Eric Merola, director/writer/producer of “The Andorra Hustle,” features Andorra with almost idyllic potential with less than 80,000 people and one of the highest quality-of-life indices. The life expectancy is one of the highest in the world at 81 years of age.

Life has been good in Andorra, an international tax haven, but that doesn’t mean that something dark hasn’t been lurking in the basement of its prosperity.

Charles Taylor, the Liberian leader sentenced to 50 years for crimes against humanity, financed his terror through the blood diamond industry through over 15 million transactions in Andorra’s Banca Privada d’Andorra (BPA). Inspected by the accounting firm Price Waterhouse for 7 years, somehow no problems were discovered in BPA’s relationship with one of the world’s greatest killers. But suddenly, on March 10, 2015, BPA was shut down by Spanish, American, and Andorran governments for an entirely different reason. Merola’s mission was to find out exactly what that was.

“The Andorra Hustle” investigates the factors that left many “civilians facing prison for money laundering crimes that never existed” and why “scores of innocent families … had their entire life savings stolen from them.”

Back to the quaint geography, Catalan-speaking Andorra is adjacent to Catalan-speaking Spanish Catalonia. That is the first crucial bit of information that has particular meaning in the nesting dolls metaphor. Plus, the year of the bank closure, 2015, was a hot year for the Catalan movement for independence from Spain. Were some BPA depositors helping to finance the successionist movement? Was the bank?

To be honest, there are so many factors, evasions, lies, circumstances, possible bribes, and competing interests, that I cannot fully understand or explain the convoluted plot of “The Andorra Hustle.” Not familiar with banking, I just ask, “Isn’t a tax haven for people trying to evade taxes and business transaction discoveries?” When someone in the film uses the term “off-shore banking” don’t they mean untraceable or untaxable assets? How can Andorra’s BPA be totally innocent?

But here’s the bigger question: Why is this particular bank, in the entire world, closed down? Andorra has three or four other banks known to be running with the same business practices, not to mention similar off-shore banking games in the Emirates, Switzerland, the Cayman Islands and Singapore. Why take BPA to the ground?

Some questions are answered well in “The Andorra Hustle.” It is honestly just that I could not follow all of the testimony given by the several people interviewed for this film. Confusing and one-sided, there were simply too many bits of information, defenses, conflicts of interest, and vague (to me) explanations for why an Andorran bank was closed down and eventually handed over to another company.

For sure we know that when business and politics marry there is power and a growing opacity that makes understanding which dolls are nested where. “The Andorra Hustle,” courageously created by award-winning filmmaker, Eric Merola, became available on Amazon Prime Sept. 4, 2020. 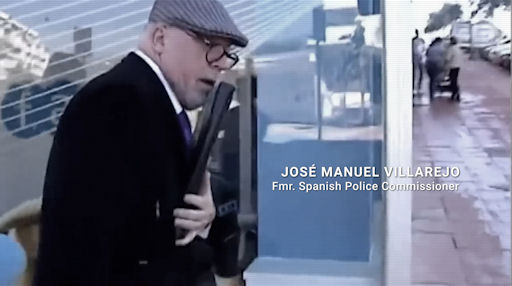