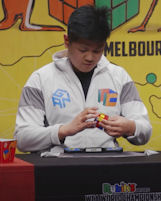 At first glance, you may be wondering what a speedcuber is. Like running a mile in six minutes, being a speedcuber is a competitive sport where you solve a Rubik’s Cube in a matter of seconds. Being a speed cuber myself, I was overjoyed when I found the Netflix Documentary on my eccentric hobby.

“The Speed Cubers” is about two of the most polarizing figures in the world of cubing, Max Park and Felix Zemdegs. Taking place during the 2019 World Championships in Melbourne, this documentary goes in-depth on the outgoing cubing community and the journey and pressure Max and Felix face in their competition to become the world champion.

Unlike other cubers, Max Park is different. He has autism, a condition that impairs fine motor skills and the ability to interact. His parents tried everything, but they always felt he was in his own world. As a child, Max’s fine motor skills were stunted and he had a hard time showing his emotions. Around the house, they had a Rubik’s Cube and Max gravitated toward it. Max now carries nine current world records and is a member of TeamUSA, sponsored by TheCubicle and GAN. Like a flower, Max has blossomed into a well-rounded person and made many friends on his speedcubing journey.

Who some would call the GOAT or “King” of cubing is Felix Zemdegs. The 24-year-old speedcuber holds one current world record and more than 121 past world records. Though it may seem like Felix and Max would be rivals, they are actually good friends who love and support each other. The documentary shows Felix’s journey of taking a childhood hobby to an obsession that brought numerous sponsorship and friendships. It also demonstrates the struggles of adulthood and the hard reality that Felix could be slowing down.

“The Speed Cubers” is for a certain audience. Not everyone will enjoy this, but anyone who has tried solving the Rubik’s Cube, is interested about the Cube, or just enjoys watching competitive sports will appreciate this film. It shows how Max overcame his disability with the support of his parents and demonstrates the power of friendship.

The short duration of the film makes every second entertaining and digestible. Sue Kim, the director, is the mother to a highly-ranked speedcuber. Kim’s close connection to this unusual hobby adds more value to this film and can be seen through her filmmaking. For someone who isn’t a speedcuber, some parts may seem unnecessary, but looking at the big picture, the film accurately demonstrates the emotions, struggles, and satisfaction of speedcubing. 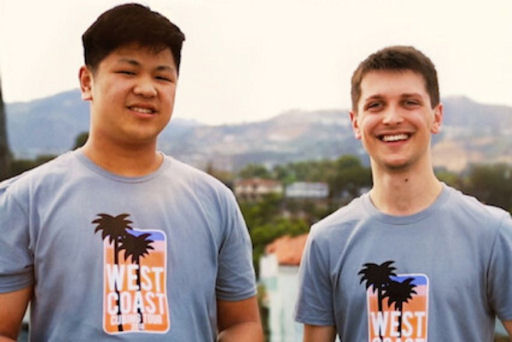 Released July 29 on Netflix, “The Speed Cubers” is both inspiring and heartwarming.