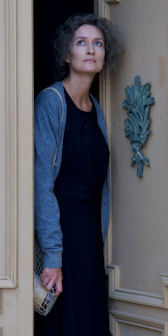 I had the opportunity to sit at dinner with holy men, priests dressed in long black cossacks, just outside Beirut in 2019. An exquisite Lebanese chicken dinner had been prepared by our hostess, lovely Pauline, but the conversation began to lag. So I proffered advice that went something like this: “Father, your church should allow female priests and the next Pope should be a woman.” Guffaw, cough, hyperventilation and gentle laughs at the naive American.

Valerie Buhagiar has dared to venture into the same arena in “Carmen.” As writer/director, her principal character is mistaken for the town’s priest. I am captivated immediately by the idea!

Carmen suffered a tragedy when she was 16 years old. To save her soul, in her father’s eyes, she is directed to be her brother’s care-taker. He is much older and a priest. She becomes his personal servant and church care-taker.

The film takes place in picturesque Malta where “it is the tradition for a younger sister to devote her life to the church when an older brother enters the priesthood.” Buhagiar’s own aunt, now 95, had this unfortunate experience. When her older brother became a priest she was expected to be his unpaid servant for the rest of his life. She said to Buhagiar, “I had a terrible life. No one cared about me.”

Like Buhagiar’s aunt, Carmen receives no pay for her selfless, diligent cleaning, cooking and assistance. So when her brother suddenly dies, she has no resources. A new priest is due and his sister comes to take Carmen’s place. This situation leaves Carmen, now 50 years old, homeless and destitute.

Until the new priest arrives she hides out in the church. During the day the only apparent sanctuary is the confessional, where she can remain hidden, until people come to confess their sins, mistaking the person in the box for the new priest who they presume must have already arrived.

I don’t think Buhagiar goes far enough with the charade, but she makes the first big point. Carmen can identify with the women of the town and she gives them wise, practical counsel. She gives wise counsel from great humility.

“Carmen” is a fun film full of spiritual metaphors and implications. As the clapper in the bell is taken in the beginning of the film, it is only returned once Carmen finds her voice. This symbolizes Carmen’s late awakening as an individual who ends up choosing life once again. How she manages to survive without money and what she does to affirm living life on her own terms is the unfolding joy of this film. 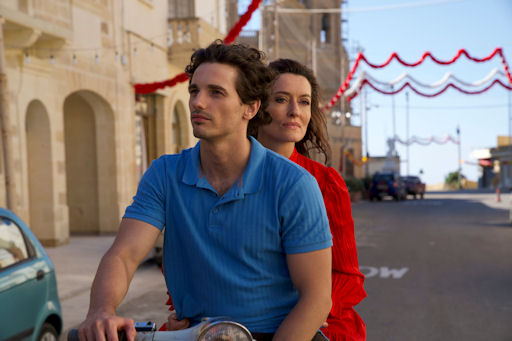