Who produced James Blue’s first films, where they were shown and in what ways he became a ground-breaking filmmaker are just some of the surprises in this bio-doc that make you stop and go, “What the heck?” 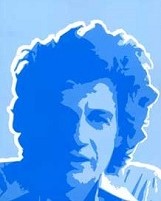 James Blue was an innovative filmmaker, a charismatic professor of media and an activist for social justice. Colin Young, renowned UCLA theater, film and television educator reflects that “there was something about Blue’s personality that made all his students moral filmmakers.”

In “Citizen Blue,” the full scope of Blue’s development of participatory film and democratization of media is revealed. His first full-length film, “Olive Trees of Justice” (1962), produced in Algiers, won the Critics’ Prize at Cannes. In this mix of documentary and dramatization of a novel based on Algeria’s occupation by France, Blue experimented in combining inexperienced actors with real people.

The surprising irony is that Blue’s ground-breaking shorts in his early career were financed by US taxpayers who were prohibited from seeing them. (What the heck?) Produced by the US Information Service (USIS) as a public relations effort to aggrandize the American democratic perspective overseas, these early innovative films were not given distribution rights stateside. Instead, they were intended to counter the unrealistic and even risqué views of American life that Hollywood depicted.

One of Blue’s greatest USIS achievements was “The March” (1963), documenting 24 hours of the 1963 Civil Rights March. This 30-minute inspirational short (link at end) is a propelling, masterful work of editing, sound, cinematography, and content. I dare you to watch 5 minutes and then be able to turn it off.

Walking a tightrope over burnishing America’s image in righteous values by focusing on the US Constitution and its guarantee for the freedom to peacefully assemble, Blue’s documentary influences the overseas world to fight injustice and corruption through non-violent demonstration. In this film he narrates over an exclusively real event where all participants are non-actors. Some are glaringly aware of the camera. He captures the people, their mood and the event in unerring, moving honesty. As the narrator, Blue inspirationally summarizes at the end, “In a long history of man’s inhumanity to man, this was a day of hope.”

In 1968, despite being a USIS film without distribution rights, “A Few Notes on Our Food Problem” was nominated for an Academy Award for best documentary. The film industry aficionados had taken note of some remarkable filmmaking, creative editing and worldwide knowledge of an escalating agricultural crisis.

A later film, “Who Killed the Fourth Ward?” (1977), is an example of Blue’s evolving experimentation. Blue inserts himself as narrator, hypothetical detective and naive inquisitor investigating the planned destruction of a low-income housing neighborhood.

Using a Jack Webb “Dragnet” voice for narration, Blue searches for answers in the greater Houston area, wondering who was responsible for a plan to remove low-income housing for the very people hired at ludicrously low wages to maintain the infrastructure of the big city. Where would these people relocate, how would they maintain their jobs and who was responsible for the plan? Who cares?

In a smart twist, he allowed all the players to candidly portray themselves, while, unknowingly to his subjects, he was the only one acting. Creating the “documentary” like a murder mystery heightens the theatre and sucks the audience into a documentary with entertainment attraction. As certain Houston money-rollers and elected officials realize this is going to be made into a film, the audience realizes that they, too, are players, representing the general public and … voters.

“Citizen Blue” allows colleagues and peers of Blue to comment on his work, character and accomplishments. Director Daniel Miller, similar to James Blue, has allowed these interview sources to drive this film and create its energy and integrity.

James Blue ended up democratizing film production by letting go of a pre-production storyboard, script and direction. He let the real players create the documentation. Known as a pioneer of participatory media, Blue championed the voiceless, the oppressed and the marginalized. There is no more important film to introduce in film school and no more crucial documentary to see in these accusatory days of “Fake” news and confusing sources. There is also no more interesting or morally driven pioneer of filmmaking than James Blue. 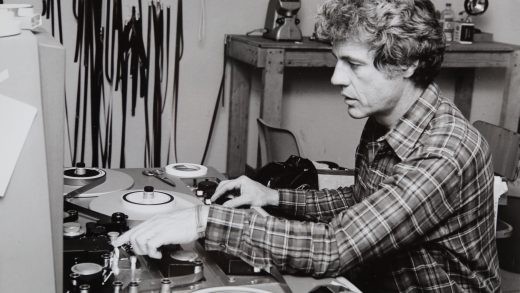 “Citizen Blue” has a one-night-only showing at The Northwest Film Center on Thursday, Oct. 19, at 7 p.m. Dr. Miller, director of this exceptional bio-doc, will be present along with Blue’s brother, Richard Blue, and others associated with The James Blue Project, in a discussion of James Blue’s legacy.