“Victoria and Abdul” is a comedic masterpiece covering the last 15 years of Queen Victoria’s life. Subservient and polite, Abdul, a prison clerk, is diligently taking down names and data from convicts in a jail in India while numerous attendants are propping up a woman (we don’t see her face) and powdering her for the day. 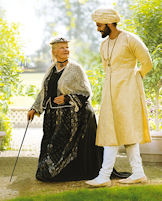 The lives of these disparate people coincide historically in 1887 when Abdul and another Indian subject, Mohammad, are chosen by British authorities to be shipped to London to deliver a newly-minted Indian coin with the Queen’s profile.

As they are bowing and backward-walking after their coin presentation, Abdul looks up at the queen. Soon she assigns him the position of Munshi, her teacher. Queen Victoria’s delight at learning about the culture of India, why the Taj Mahal was created, and the “noble language” of the Indian Muslims (Urdu) from a large, handsome, exotic, turbaned man from India changes her life from boredom to rejuvenation as it hotly consternates her properly trained ethnocentric staff and frustrates poor Mohammad, who wants to return home.

Abdul is everything her children and attendants are not: affectionate, spontaneously friendly and fun. Compared to the BBC documentary, “Queen Victoria’s Last Love” (2012), the basic events in “Victoria and Abdul” stick to the facts. However, the writers had obvious run-away delight in poking fun at the stuffy staff’s reaction to the meteoric rise of a common Indian underling who is ignorant of palace protocol. Abdul, played with kind opportunism by Ali Fasal (loved in India and Bangladesh for his comedic work in “3 Idiots”), reacts by strengthening his friendship with the queen.

Mohammad, comically portrayed by Adeel Akhtar, becomes Abdul’s unhappy servant stranded in England. He delivers jester-like comic relief with sour truths about Indian resentment of the British occupation and likens the English to barbarians. Even when he is spitting up blood and given a chance by Prince Albert to return home to India, he contemptuously spews the real truth that historians will ultimately write.

It is lucky for Akhtar that he is in no scene directly opposite Judi Dench’s Queen Victoria. She effortlessly steals every single second of every single frame, with her frank, cynical savvy that re-creates a brilliant, honest queen who admits she is “disagreeably attached to power.”

The directing by Stephen Frears is pure genius, and the staging, environment and period costumes are exquisitely accurate. However, there is one confusion in the script. What was Karim’s true background, what did he tell the queen and what did she understand? Unfortunately, the real truth, never explained in the film, is that his father first worked as a hospital assistant and then as a clerk in a jail, a position, which the audience knows, Abdul also had before his voyage to meet the queen.

Judi Dench will be nominated for an Oscar for this work. Since her death as M in “Skyfall” (2012), she has been in seven films with more in the works. At 82 years of age, Dench has the dramatic range and stage presence of a goddess. 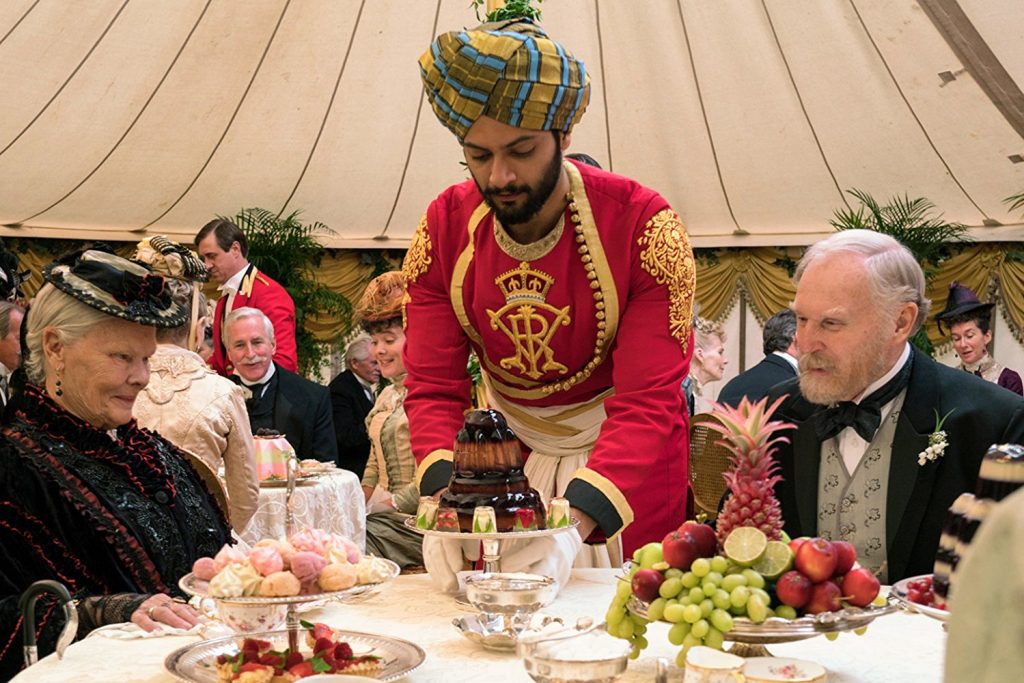