“The Persian Connection” premiered at last year’s Tribeca Film Festival as “The Loner,” and such was the power and depth of the movie that it got picked up by art-house distributor Samuel Goldwyn Films to be released in North America this year. Written and directed by Daniel Y-Li Grove, “The Persian Connection” follows the story of an Iranian gangster wrongly accused of stealing from his former boss. 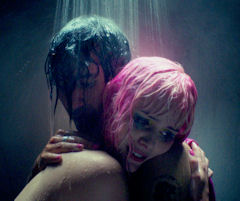 Reza Sixo Safai is the lead actor in the movie in the role of Behrouz, who survived the Iran-Iraq war as a child soldier and left for Los Angeles, only to work under an Iranian mobster named Sayyad. He tries to reform himself and wants to become a normal citizen with no ties to gang violence, but a poker game pulls him back into his old life.

Behrouz is accused of stealing from Sayyad, his former boss, and unless he and his Russian girlfriend – played by Swedish actress Helena Mattsson, who had a small role in “Iron Man 2” – can track down the missing drugs and those who actually stole them, they will be in deep trouble. His life as a real estate broker is turned upside down, and things will never be the same again unless he can prove his innocence, ironically using his old ways of violence and criminal activity.

The premise of “The Persian Connection” is not exactly groundbreaking, but set against the background of the Persian-American community of Los Angeles, it is a powerful story that encapsulates the story of an immigrant trying to follow the straight and the narrow despite being consumed in temptations. As with such movies, the acting is very powerful and moving, and despite being a gangster movie, it is hugely artistic. Rather than glamorizing gang criminal and violence, like “The Godfather” and “The Sopranos” have done, “The Persian Connection” is a very artistic take on the entire gang culture.

What is quite interesting and very modern about “The Persian Connection” is that it uses a high-stakes poker game as a key event in the story. As stated by bitcoin-based operator Bitcasino, online poker online is now “more mainstream than ever,” and this new look at poker games has only enhanced filmmakers’ attraction to using the world of gambling as pivotal in movie plots. “Molly’s Game,” set to be released later this year, is based on a high-stakes poker game, while films such as “Goodfellas” have used poker games as a key event on which to develop the story.

“The Persian Connection” is not a blockbuster and does not have a Hollywood feel to it, but it is a very meaningful and apt movie which would be appealing to many. If art is a reflection of life and you enjoy art, then this is a film that you should watch. An emotional and moving take, “The Persian Connection” will leave you asking many deep and difficult questions.