Review: The Mountain Between Us

The scenario is all too familiar. The airlines are in chaos and the two travelers are stranded. As it turns out, the minds of two pilgrims themselves are in chaos as well. 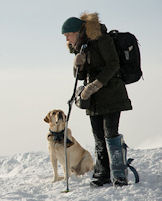 Alex (Kate Winslet) has planned her flight arrival just in time for her wedding. At first glance, she seems an idiot, although there turns out to be a subliminal method to her madness. Ben (Idris Elba) is a surgeon who is used to making the rules, not being abused by them. Thinking fast, he slaps together a story for the counter clerk that he must be on the flight for a child’s critical operation. A good try, but not good enough. Have a seat and we will get back to you.

This gets “The Mountain Between Us,” director Hany Abu-Assad’s psychodrama (written by J. Mills Goodloe and Chris Weitz, based on the novel by Charles Martin), started off with a good dose of guilt. Life being what it is, we know these two are in for karmic comeuppance. We are not disappointed when elderly pilot Beau Bridges (in a great, all-too-brief pratfall performance) crashes their hastily chartered small plane into the middle of the Rocky Mountain range.

The second act alternates between ridiculous survival tactics and fretful bonding. Trudging through snow to a lower elevation below the tree line, doctor Ben turns out to adept at making fast, smoke-free fires out of frozen green tree limbs. Caves appear along the way, and cozy caves they are. Not a bad place to begin a, well, relationship.

Fair enough, the story is not about plane crash survival. It is about two completely different people bonding and falling in love as a result of forced respect and acceptance. Although the film will be roundly criticized for the unlikely nature of this chain of events, it is done with good performances.

Cinematographer Mandy Walker (“Hidden Figures”) is in her element in the wilderness of the frozen Rockies. She captures perfectly the awesome beauty and terrifying silence of rock and ice above the tree line. Everything is so big, it puts humans in their place, which is exactly what Ben and Alex need. They are rearranging the deck chairs on the Titanic and desperately need to get back to basics. There is nothing like the prospect of falling off a rock cliff into a frozen grave to motivate serious introspection.

As the two thrash towards uncertain civilization, white fills the screen with blinding brilliance. Approaching the green of the developed world is an awakening, both salvation and wake up call. Back in the real-world things come, all too quickly, into focus. Although Ben and Alex quickly go their separate ways, they cannot help but sort out the meaning of their shared experience. The decisions they make may or may not be believable, but their performances, and the overall execution of the film, make it a worthwhile viewing. 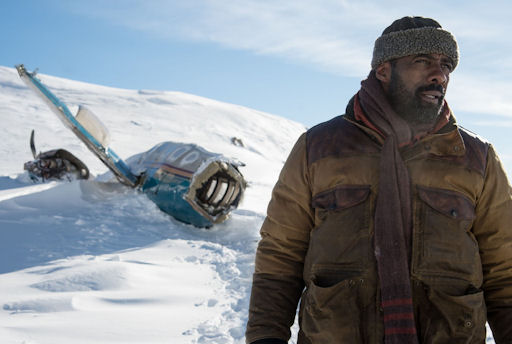