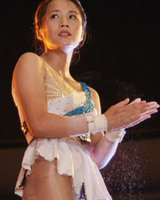 Cornering the Most-Over-The-Top-Film-Award at the 2012 Seattle International Film Festival is this incredible North Korean Horatio Alger story of a coal miner’s daughter (I am not making this up) whose desire to become a trapeze artist takes her to the big city a world of scary adventure. Well, actually the adventure is not all that scary, but the makeup sure is.

Filmed entirely in North Korea, with a North Korean cast and crew, the look and feel of the film is identical to the Donna Reed series in 1950’s America. Comrade Kim Yong-Mi (Han Jong-sim) beams at the audience like Ken, the cheerful, obedient Southern-born NBC page on “30 Rock.” Every other shot of Kim is a close up with her face filling the entire screen. Her skin, eyes, teeth and smile are perfect and her eyes radiate the love and glory she feels for the fatherland. Er, the love she feels for North Korea. It is an honor and a privilege to be given time off from the construction site to try out for the circus, but even better to be serving a master such as Kim Jong-un. The name similarity between the actress and the dictator may not be entirely coincidental.

Politics aside, Kim is not the only radiant beauty in the movie. There are several others like her. They are not just a little like her, they are exactly like her. The camera angles for all of them consist of straight on, slight left and slight right, and their makeup, eyes, teeth, lips, etc., are all the same, perfect. If a still shot was taken of them as a group, in their NK uniforms, they would look exactly like the Pan Am stewardess crew for the inaugural flight of the first 707. When they beam as a group, the radiance is picked up by spy satellites 200 miles above Pyongyang.

Kim finishes number one in her country school class and so is awarded a coveted assignment to the construction battalion. While hand-mixing cement, which seems only to improve her Maybelline, five coat, hand polished, candy apple lacquer facial, she meets a variety of colorful North Korean citizens. All workers, of course. She does not meet the supreme leader himself or the head of the country’s nuclear program. She meets the head of local heavy steel fabrication plant, his bulging arms and broad ruddy face reflecting his pride in the fatherland and his no-nonsense attitude about steel, and girls. She also meets the oldest, and youngest, plant workers. By the end of the sequence she has signed them all onto her plan to build her own circus, of which she will be the star. So there is a little capitalism creeping into the screenplay. 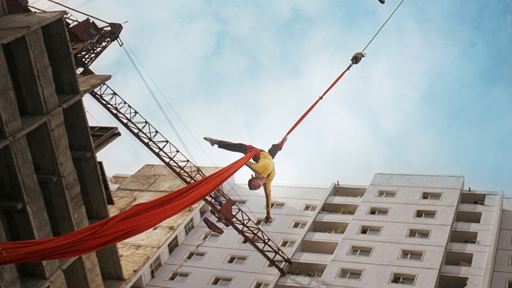 Like seeing a real steam engine working in North Korea, this film is like stepping back 60 years through some magical time machine. The feeling is like Jimmy Stewart’s “It’s a Wonderful Life.” The problem is not that the film is not charming or sincere, it is both. The problem is that there is no bad guy, no Mr. Potter. There is nobody you genuinely want to hate. Everybody is perfect from beginning to end. There is simply no drama.

The fun is to wonder why the film was made. Is this supposed to be propaganda? There are so many, and so obvious, personal deferences to the whole (“Yes, I am stunningly beautiful and successful. But I owe my beauty and success to the entire country, especially the cosmetics and cement industries!”). The Westerner watches in awe and wonder, mystified as to the purpose. Is this a genuine attempt at narrative fiction? Did it have to go through a state approval process? Does she having a beaming coach? Too many questions and not nearly enough answers.

Reportedly the first all-Korean film financed by Western money. Nicholas Bonner is listed as one of three directors, so apparently the crew was not entirely Korean, although the cast certainly is. Bonner was an associate producer for the stunning North Korean documentary “A State of Mind” (2004) that follows two young girls as they prepare for the Mass Games, the world’s largest choreographed gymnastics performance.

The games are produced and presented in honor of the supreme leader and are never shown to foreigners or shown out of the country. The amazing thing is that the supreme leader, hisself, usually does not even show up for them. In any event, a huge achievement for the crew to get permission to film those games. This man has some contacts, and some chutzpah, to be able to make and show films from within what may be the most secretive nation in the world.

Will she join the circus? Will she get over her fear of heights? Will she marry the male circus star? Will she and her supporting actors beam us to death? You will have to see this remarkable film and decide for yourself. Take your shades. 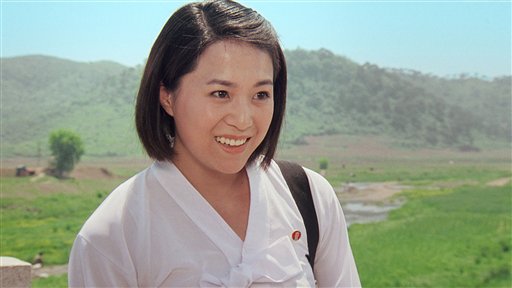