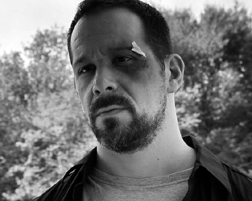 Bill Ivers has had some tough times. But his tough times have only just begun and we are going to be part of the toughest time of his life. A former NYPD detective, Ivers was disgraced as part of the routine of crime in the big city. Out of the joint, he is sleeping with his landlord’s wife and, believe it or not, hitting the bottle. He knows he cannot go on like this. Someday, he may have to live with a blood alcohol level that is at least close to driving legal. A bitter pill, and those nosebleeds just will not go away.

Crime in the big city is based on two principles. The first is that people are no damn good. The second is that the little guy always takes the rap for the big guy. In his case, Ivers took the rap for his boss, shady millionaire politician City Councilman John Lord (James Alba).

Now, Ivers is out of prison and trying to go straight. Anybody who has seen a film noir in his or her life knows that is never going to work. Lucky for us it does not work for Ivers either. He no sooner hits the streets and finds some menial job that is far beneath him (so far so good) than Lord is on the phone. He has a problem, and that problem is his beautiful daughter.

Suitably sexy Jillaine Gill plays Jessica Lord, trouble on two legs that just don’t stop. When Ivers tracks her down at the strip club where she works, The Confessional (I am not making this up …), he knows neither the place nor the dame is going to stop his nosebleeds. Which brings us to the third rule of crime in the big city; you know that girl is trouble the minute you lay eyes on those gams. Whether we actually lay eyes on the gams or not is not the point. The fact is that a big time honcho crime politician who lights his cigars with 50s is going to barge into Bill’s life for the sake of some spoiled dame. Bill is in for it. We know it, Jessica knows it, John Lord knows it and, yes, the screenwriter knows it.

In this case the screenwriter and director is none other than Dan Eberle, the actor who channels Clint Eastwood in playing the doomed Bill Ivers. Ivers has that expressionless Eastwood grimace that tells it all. People are no damned good and I’m one of them. The dark, wet streets of NYC’s DUMBO district loom in the wet, clammy fog and grab at his feet like the moors of the Baskervilles, summoning up all of the city’s evil and pulling him down into its rat infested sewers like all the other mugs, walking dead with buckets of cement on their feet. 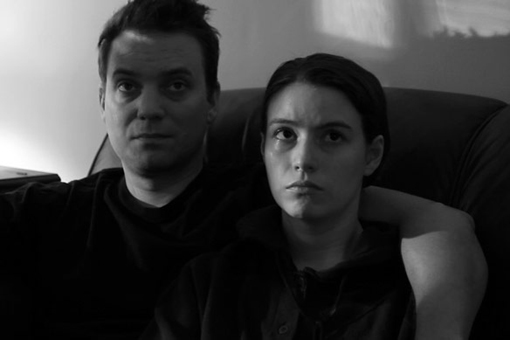 OK, today’s DUMBO has more wealthy yuppies than it has rat-infested sewers and mugs with their feet in buckets of cement, put together. We need to have a little imagination here about DUMBO and Bill and that is going to be tough because there is not enough new material to build on in this flick. We have seen it all before and we know where it is heading.

Maybe we knew where it was all heading with Dirty Harry, too. Maybe we knew even with Bogart. Even so, enough is enough. There has to be something new in a film and what there is here is not new enough. The Ivers character genuinely seems to despise violence, and he genuinely wants to do the right thing. But, as Jack Nicholson said in “Chinatown,” “You want to help somebody you really love and you only end up hurting them more.” In the end Ivers loses, but, of course, he loses, his way.

The problem is that the character of Ivers, and Eberle’s triple threat of acting, writing and directing, do not have the horsepower to paint the fast, intense picture of the classic noir tragic hero. As it turns out, that is very hard to do. There are few writers, directors or actors who can do even one of the three, and no person yet who can do all three. Eberle can do one-third of each but in this case three one-thirds do not make a hit film.

Even so, noir lovers will see this film and, if they have walked the streets of that lovely, dark, salt-air saturated DUMBO waterfront, they will relish the experience even if the finished product is only a shadow of its intent. Winner of the Audience Award at the 2013 Brooklyn Film Festival, sometimes even a little noir within the right setting gets you by.

Shot in take-you-downtown-and-sweat-it-outta-you black and white and featuring a very hip score of modern electronic music and traditional jazz, this movie took guts and sometimes, having guts is all it takes. In this case we are going to have to wait for Eberle to come up with that one-two punch that knocks the wind out of us and makes us feel like kings at the same time. This is not the film, but there may one in the not too distant future.