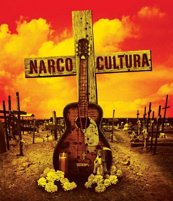 This raucous cinema verite’ features rock star Edgar Quintero and Mexican drug cop Riccardo “Richi” Soto, two men caught up in a crime war that has taken on a life of its own. Quintero is the lead singer of wildly rich and popular rock group BuKnas de Culiacan that exploits the danger and sex appeal of Mexico’s criminal drug culture. Soto is a career detective doing the heavy lifting for Mexico’s drug enforcement effort. His colleagues die on a regular basis.

To the disgust of Calderón, Forbes rag-mag placed Guzman on its list of the world’s billionaires. The Mexican president objects because he says the placement glamorizes the horror of the world of drug trafficking. True enough, but that is just the tip of the iceberg. Every schoolchild in Mexico knows the difference between poverty and luxury. They have the former, Guzman has the latter.

Supplying cocaine, marihuana and methamphetamines to the USU is a business worth about $40 billion a year. Not only does America supply the market, it supplies the guns. It also has created the Narco Cultura, the pop music culture that has turned the drug war into a multi-million dollar a year recording genre.

Interspersed with the police video scenes of narco-carnage are flashes back to Los Angeles. Here, far from the Juarez battleground, a new pop music culture has been formed with BuKnas de Culiacan at its heart. Born of the death and human suffering wrought on Mexico by American drug use, Narco Cultura uses human suffering to make music that makes people laugh. This strange turnaround completes the circle of drug addiction. American guns plus American money makes Mexican death. Mexican death makes pop recordings in America. Pop recording entertain and provide a drug venue.

The appreciation of Narco Cultura is hardly limited to Americans. Mexicans celebrate it, too, perhaps even more than Americans. It is a badge of courage. After all, war is the ultimate macho bravery; a sexual turn-on as well as a way to laugh at the inevitability of death.

Adolfo Valenzuela — co-founder of Twiins Enterprises, which records and distributes dozens of narco genre groups — says there are hundreds of clubs in the USA playing the music. Young adults go to the club and they feel “narco for the night.” Valenzuela’s estimate is that there are fights at eight out of every ten of his shows. One wonders if that Minnesota tweaker has any idea what went into that hit. Kicks just keep getting harder to find. 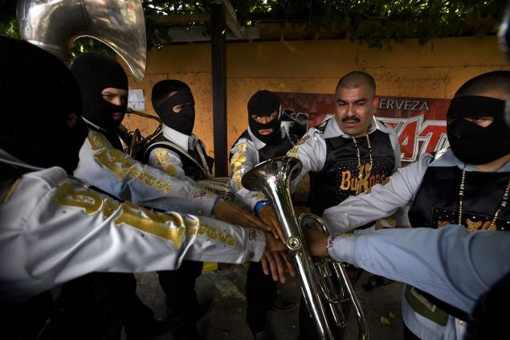 Richi Soto was born in Juarez, as was his father. He loves the city and remembers the days when it was a great city, before it became the murder capital of the world. Richi works in law enforcement because it is a job, and there are few jobs since all the businesses closed and the middle class disappeared. He also works in law enforcement because he considers it a way to help the people of Juarez. He wants to help fight the war, even if it is a war that his side may never win and, in fact, a way that may never end at all. The power and money of the American drug market is too great. His family wants him to give up and move across the border to El Paso, the safest city in America. Maybe he could get a job selling guns.

Oscar Lopez, film actor and producer, is exploiting the Narco Cultura movement in the film industry. A couple years ago Walmart turned up its nose at the Narco Cultura CDs and DVDs. When they finally accepted a trial order of a hundred copies, it sold out in a week. The next order was for 50,000 copies. American money plus America guns makes big sales for American big box stores.

Oscar Villanueva, the head of the Juarez area anti-drug police, is outed as working for the Sinaloa cartel. The statement is made during an Internet interrogation. It is followed by a second video a few days later. Although there is no reason to believe the videos are anything but the cheapest set-ups imaginable, Villanueva’s life is in grave danger. If the videos were true, the cartel itself would have him killed immediately to keep him from talking if he is arrested. Rival cartels would kill him as well, for revenge for the deaths they have suffered at the hand of the Sinaloa cartel, and the police, both. His own police officers might kill him out of outrage, anger and revenge for the deaths of their own friends in the force.

This is the life of a senior law enforcement official in the drug war. The best one can do is to have a single deadly enemy. When things go wrong, the official has several. A prison sentence for a drug trafficker may be a death sentence. Two years ago seventeen inmates at the Juarez prison were massacred by other inmates who were given guns after the guards walked away. The fence marking the US border is a joke.

Sandra Rodriguez, journalist, says we have no idea how deep this goes. We are defeated as a society. Ninety-seven percent of 10,000 murders in the last four years have not been investigated. There have been 60,000 murders since the drug war began in 2006. A broad spectrum of feeling is emerging on both sides of the border that the drug war is little more than a show. If it is that, nothing more than a cover-up to assuage the guilt of American citizens, the show has only just begun. 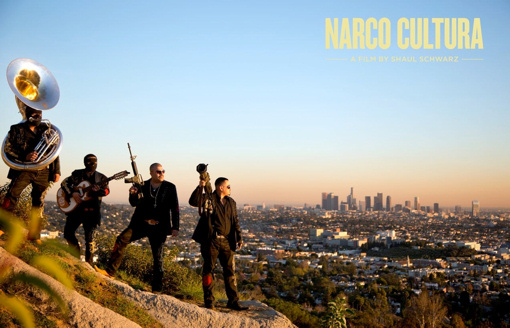