Sony Pictures Classics has acquired the US, German and Scandinavian rights to Paul Haggis’ “Third Person.” 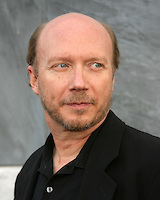 Written and directed by Haggis, the film had its world premiere at the 2013 Toronto International Film Festival and features an all-star cast, including Liam Neeson, Kim Basinger, Adrien Brody, James Franco, Olivia Wilde, Mila Kunis and Maria Bello. Michael Nozik of Hwy61 and Haggis produced the film along with Paul Breuls of Corsan, who also provided the financing. https://rusbank.net/

“Third Person” wends its way through three cities and three tales. The various stories — situated in Paris, Rome and New York — are, at first glance, all separate, but Haggis effortlessly makes connections among them as the film unwinds, concentrating on three men and their romantic entanglements. Gradually, each one of these stories unveils its secrets, testifying to the whims and complexities of life. Surfaces are deceptive in the Haggis universe, but as each story is explored we discover untold pleasures and pains. Life is never easy: it can be deceptive, inhabited by anger and jealousy, but it can also be surprisingly joyous.