Back in 1979, nine years after I had naively masqueraded as a Shi’ite Muslim woman in Iran in order to gain sight-seeing access to exquisitely tiled mosques, 52 Americans at the American Embassy in Tehran were taken hostage. America had become their enemy because we had supported Iran’s prior autocratic leader, Shah Mohammad Reza Pahlavi, and had granted him sanctuary for cancer treatment. Iran wanted him back for trial.

The Islamic Revolution had toppled the Pahlavi government and Muslim clerics had taken over. Angry Iranian students were protesting outside the US Embassy and soon the new regime took the staff hostage on Nov. 4, 1979, with the demand that the US must release Pahlavi to them.

On April 11, 1980, President Jimmy Carter authorized a joint military force mission involving the Army, Air Force, Marines, and CIA to rescue the hostages in a mission beginning on April 24.

Barbara Kopple’s film on the 1979 attempt to rescue Americans captured inside the American Embassy in Iran is important for two reasons. First, it is a record of significance in American history. Second, it is a primer on all the things that could possibly go wrong in a sure-thing rescue mission.

Kopple has interviewed President Carter, the mission participants and their families, and hostages, as well as gained access to military records. She investigated the rescue plans in detail because its success was pivotal not only in determining the fate of the hostages, but of a US President who would be up for re-election in less than seven months. The hostage rescue, named Operation Eagle Claw, would either make President Carter a celebrated hero or a humiliated failure.

Kopple, winner of two Academy Awards for prior documentary work, has been politically driven, supporting labor movements and social justice issues. She films in a cinema verité style where she lets her participants be the storytellers.

Fifty years ago, Iranian open market stalls were filled with photos of the Shah. Women were common in universities and only at mosques were they expected to be respectfully covered. Iran was a model of modernity in the middle east. Few had any idea of the torture tactics used on the simmering underground insurgency rebelling against the westernization of Iranian culture.

Within 10 years, our complacency and Iran’s political landscape reversed itself 180 degrees. Many of the Iranian educated elite — doctors, business owners and college students — escaped through risky nighttime travels to Turkey. However, Carter’s ultimate compassion for a man with cancer was the right thing to do. Kopple’s record of the unfortunate rescue plan for the hostages is still baffling in its bungling. To Iranians it was an example of Allah’s just intervention.

“Desert One,” an excellent documentary, opened Aug. 21with a schedule for screening in over 100 theaters. It will be available digitally On Demand Sept. 4 on Apple TV+, Amazon, Google Play, YouTube, Microsoft Playstation, Fandango Now, Cable Providers Incl., Verizon, Comcast and Cox. 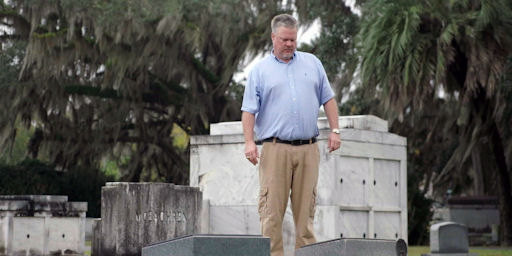