New director Shevaun Mizrahi does a lot with a little is this old school probe of lives we live and lives we think we live. The film shifts between two stories, a Turkish retirement home and the construction site just outside the window. The construction site embodies what is the concrete reality of the present day, while the residents of the home let us inside their memories. 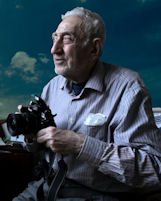 The nominal star of the movie is a woman who asks to be known only as Selma. She witnessed the destruction of her life and the murder of her friends and family in the Armenian genocide during World War I. Traumatized and surviving only by a miracle, she describes the difference between love and hate, or, perhaps, the difference between caring and not caring.

Selma and the other occupants of the retirement facility are the narrators of the story. The workers in the massive concrete work site talk to each other only briefly. Their story is told by actions, often viewed through a dreamlike miasma far in the distance. The amorphous work site is filmed repeatedly from the same angle, each shot showing us a slightly different glimpse. There is never enough information to tell exactly what is being built or why. Nor is there any answer as to why the workers are there, or where they are going.

The residents tell the story as they remember it and the workers show us the reality.

The camera work is slow and sure, each scene a carefully posed portrait. The talk is slow and sparse, demanding that the viewer listen to every word, as one would listen to a revered teacher. After all, life is the best teacher. The narrators relive their life stories as they remember them. They are a mixed bunch, occupying a broad spectrum of rationality. Some are nearly unconscious, appearing on the verge of death. A re-occurring scene has individuals walking slowly out of the camera, transitioning between life and death, or reality and perception.

In the far distance a building displays the sign “Anthill,” daring us to imagine if that is truly there or placed as part of film pranksterism. The workers end up in a blizzard, each one wondering if that is all life has to offer. The viewer is amazed they even survive from day to day. At the same time, there are enough miracles to explain at least the bare necessities. Just when the going gets rough, the spark of human survival, of human spirit, comes to the fore.

The movie constantly walks a narrow line between existentialist doom and forgiveness, acceptance and hope for a better life. Even if that better life turns out to be the next life. Christmas lights flicker in the home, as snow threatens to blot out the cement anthill. Darkness suddenly expands to bight sun. “Move into the light, move, move!” What more can we say?

The winner of multiple international festival awards, nominations and commendations, this film is a marvelous work of art, done on a shoestring budget. 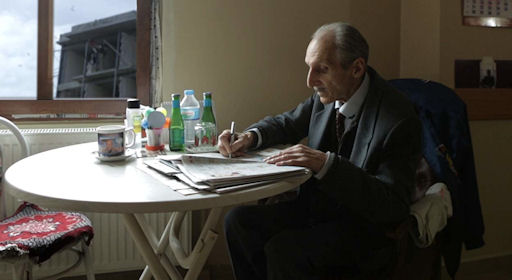