I’ve seen four of Patrick Wang’s exceptionally thoughtful films. In response to my request and explanation of my difficulties with his work, he magnanimously responded: “Thanks for taking the time to watch and think about all these movies. I also love your honesty about what you connected with and what you struggled with. It is the open conversation I always hope for.” 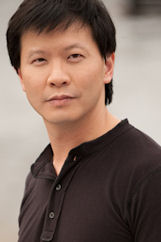 That is the voice of Patrick Wang, MIT graduate in economics, genius writer/director and modest intellectual. How does his background, politics and philosophy impact his work?

IJM: You are Taiwanese and grew up in conservative Texas, went to school in liberal Massachusetts and now live in New York City. How has this geographical gumbo reflected in your personality and work?
Patrick Wang: I really loved growing up in Texas. I had a terrific childhood, went to wonderful public schools, and met people of all backgrounds. It’s a state where many conservative forces are at play, but it’s also the state that gave us Ann Richards and Molly Ivins. Most of the conservative posts on my Facebook feed are from friends I met in Massachusetts. I love the specifics of the places I’ve lived, but generally what I’ve learned is that anything is possible anywhere.

IJM: How is your political ideology reflected in the Bread Factory films?
Wang: I might say the ideology is a view of the processes of democracy, that there should be open and transparent conversation about how the community uses its resources and who are the beneficiaries of those resources, all the while protecting the possibility that minority voices can continue to exist.

IJM: What is your directorial style? Do you encourage actors to riff on their dialogue and experiment with character development, or do you have a single vision that you work to impart to your cast?
Wang: While the writing is set, I try to write in a way that there is still space to experiment with character and for moments to be inspired. How characters move, the nonverbal moments, the interpretation of a line. I think that when you fix one thing (in my case the script), you can be much more innovative in these other elements because you have something to hold onto.

IJM: I’ve read that “In the Family” was produced with your own savings. True? What about the “Bread Factory” films?
Wang: Yes, all my films have been funded from my savings, the tax credit from New York State, and the modest income that has come from the films. With “A Bread Factory,” I found one friend who put in some of the money. It’s the first time it’s happened, and I am forever grateful to him.

IJM: What are some of your goals as a filmmaker and what kinds of stories are you anxious to produce?
Wang: I think I’m attracted to stories that show the kinds of beauty in people that can be easy to overlook. I also like stories where I myself learn something as I move through them.

IJM: What comes to mind when you reflect on what you’ve learned?
Wang: Mostly I learn how I misjudge people or miss pivotal moments. The way when you think back on a memory, you sometimes suddenly see parts of people or recognize important moments long after the fact. When you realize these things about your characters as you make a movie, you can then reshape your movie around those things you’ve learned: you allow a moment for a surprising side of a character that makes them harder to dismiss; you allow space for a small act that is deeply meaningful rather than just rushing along with the plot. 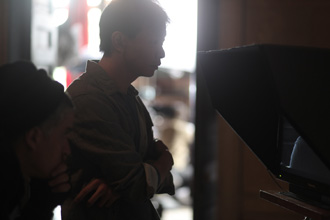 IJM: How would you characterize your film-making philosophy to a university class?
Wang: Learn to observe and learn how to ask questions. The great photographer Dorothea Lange used to spend hours at a site observing before taking a single photo. When someone asked what she was doing, she responded, “Learning how to see.”

IJM: What kind of economics did you major in at MIT and why? In what ways does your bent for economics affect your work?
Wang: I studied different fields of microeconomics, with a specialization in labor. My driving interest in labor economics was the same as in my films: I was interested in people’s lives and how they make their decisions. I did a lot of empirical research in economics, and that taught me how to ask questions and how to learn about people directly and indirectly from the information they reveal.


Questions on “Bread Factory, Parts One and Two”

IJM: What is the purpose of the signs carried at the beginning of the film? What do they mean?
Wang: The signs carried by Dorothea and Greta are in protest to the opening of May Ray’s F.E.E.L. institute. The other signs from earlier in the sequence are from other protest periods, some that Dorothea and Greta were involved in earlier in their lives, some not. It shows the connection of struggle across time and place. That what follows in A Bread Factory is one particular story of struggle, but it is of a piece with many, many others.

IJM: What is the purpose of the initial sequence of scenes? Is this production building a theatre community within itself, i.e. a Bread Factory itself? If they were removed, wouldn’t the film be tighter and not lose any message?
Wang: I think you are right that messages can be very compactly communicated. But a life is harder, what it is like to live in a certain place in a certain time is harder. And I feel for audiences to want to invest in these stories, there must be a path towards familiarity and understanding of that place and time and of the daily rhythms of lives before they are disrupted. So a lot of things are being communicated even though it isn’t plot or message. It always feels a little unusual at the beginning because it is not the conventional set of storytelling priorities, but I think it’s why the audience can feel a great weight in the final impacts of my films.


Questions on “The Grief of Others”

IJM: I was frustrated by “The Grief of Others.” First of all, there is so much time spent in establishing the ordinariness of these characters’ lives. Why so much time in that kitchen?
Wang: The kitchen is where members of that family most often encounter each other. Most of their shared lives play out in that kitchen. And I think the dramatic moments in that space mean much more when you have the counterpoint of other moments from daily life. But even in those quotidian moments, there is always so much information you can learn every time you are in the kitchen. There is information in the arrangement of objects, sound, the light, small gestures. It is available but doesn’t force itself to be noticed. And it helps you understand what it is like to live in that house, not just to have an argument in that house. 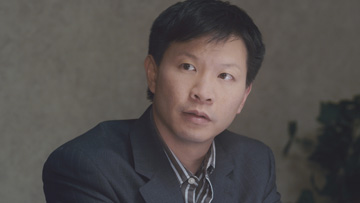 IJM: The second problem I had with “The Grief of Others” is that I have to spend so much of my energy trying to figure out what is happening. Why don’t you make it easier on the viewer?
Wang: I believe viewers are capable of it. They may not always be ready for it, and that is fine. The same way you may need to be in different moods to connect with different music. But when the audience is ready, the movie is available to them, and I think it will attend to their soul in a way the easy films do not. And there is no shortage of easy films. The world doesn’t need me to make them.

IJM: Who made the dioramas we see in “The Grief of Others”?
Wang: Our art team made the dioramas. The film is based on a novel, and there was some limited discussion and description of the dioramas in the book. But we enjoyed giving them detail and giving them a more prominent role in the film. I think of the scenes of the film like a diorama. You have these scraps of ordinary objects, but you place them at these odd angles and in unexpected contexts, and suddenly you end up with something surprisingly expressive.

Like the dioramas, each of Patrick Wang’s films takes seemingly ordinary environments and people and juxtaposes them to surprising situations which in turn challenge our minds and extend our thoughts.