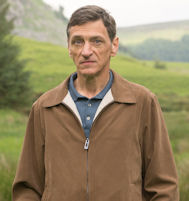 Prison release scenes are the greatest. There is the best chance to contrast the stifling, lethal life within confinement to the even more lethal threats that come with freedom. This movie does it even better, stationing the waiting father next to the heavily armed guard who has seen too much. “Thieves are the worst,” he says, “they never follow the rules. They always come back.” Not the best prediction for ex-con car thief Sean or for waiting daddy Frank.

Too bad for them, while promising lusciously dishy action for us. As it turns out, the screenplay has a few tricks up its sleeve as the mission forced on the duo by their deceased wife and mother reveals hurtful truths. The back story is that Sean was neglected as a child, apparently due to Frank’s preoccupation with his mentally challenged wife. Sean does not get this, nor does the viewer, and when the truth emerges later too much screen time has gone down the drain. The viewer has been forced to endure a prison sentence themselves.

Logan Lerman, similarly, is locked into the demented juvenile hood persona even as he acts, dresses, talks and thinks like a normal 30-something. Perhaps he was already practicing his college professor role in “Shirley,” because that is what he looks like. An actor that acts normal while going through insane motions comes off as being phony, petty and spoiled. Screenwriter Michael Armbruster does not know whereof he speaks.

Enter Sarah Bolger as femme fatale Jewel, the barfly vision who smiles at Sean as he drunkenly chugs another beer. Who could resist? Luckily, Sean cannot, and he falls into what should have been a good noir plot with daddy following right behind with some heart-breaking history of his own. The screenplay cannot keep up the road-trip momentum, shaking like a broken shock on a cheap rental car. The story goes south like old folks in winter.

The music soundtrack of rehashed Celtic fiddle and maudlin down-home folk seems dialed in from another planet, or another elevator, its droning serving to underscore the tedious nature of the dialog as the two potentially dynamic leads plod to the expected ending. It would have been a better movie with no music at all, letting the screenplay tell the story and forcing the actors to show more emotion. When Sarah Bolger breaks into song with the bar band, the movie has gone over the top. All one can do is grin and bear it.

Good ideas looking for a home. Hopefully, the next one will jell better for this cast and crew. 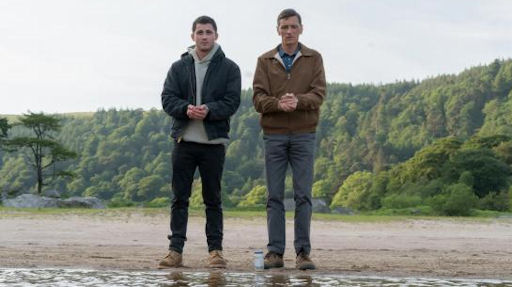