It is not that Elisabeth Moss did not try. Her respect for Bette Davis comes through loud and clear. The problem is that the character of Shirley Jackson did not need imperious control as much as it needed outright lunacy. More Isabelle Huppert or Charlotte Gainsbourg and less Ms. Davis. At the end of the film, there is some doubt as to whether the character has been driven crazy or is simply nasty.

As in the Nichols classic, “Who’s Afraid of Virginia Woolf,” nastiness is a family affair. The movie rehashes the usual unbelievably inappropriate social behaviors, diluted by large amounts of alcohol. As the “Shirley” story goes, the famous author (“The Lottery”) had a considerable history of medical mis-treatment, including a cocktail of pills, yet, for some reason, the alcohol is shown as the physical side of the misbehavior.

Having said that, the point is that genius literary talent is not without its downside, especially for women in the overwhelmingly man’s world of the mid 20th century. Michael Stuhlbarg does an excellent job in the role of Stanley the controlling spouse, taunting Ms. Jackson into producing her classic work. Even better for the fact that he is every bit as troubled as she, his role being the emasculated literary critic who has accumulated vast power while exhibiting a fraction of the talent. Bennington College is depicted as his personal harem.

Class conflict comes into play as Stanley rants against the privileged rich he is forced to teach, or at least pretend to teach. When the unbelievably beautiful and sexually alive Rose (Odessa Young) shows up with her upwardly mobile and socially correct nebbish professor husband Fred (a seldom seen Logan Lerman), the stage is set for unlimited angst. The two seem to have everything, even a new baby. The only thing missing is insanity, and Shirley will see to it that they share the blessing.

Apparently, Rose bonds with Shirley the sloppy and incoherent drunk, seeing something in her that director fails to demonstrate to the viewer. The problem is a lack of chemistry. Jackson’s control and influence are as hard to swallow as Rose’s acceptance. The lesbian feelings that follow are as unbelievable as the picture of every coed on the campus wanting to go to bed with their professor.

There had to be some learning, somewhere.

A subdued but powerful soundtrack, complete with horror-show percussive strings, is stretched as far as the nerves of the four wretched central characters. This compliments the well-done sets and believably posh ivy league surroundings. The question is whether the screenplay (adapted from the Susan Scarf Merrell novel) is trying to show that great works arises from insanity or causes it. When the two novices get their share of the spotlight and it turns out to be too hot for them, the only question is why it did not happen sooner. Ms. Young preserves a sense of credibility for her character in the end, but it is too little, too late. 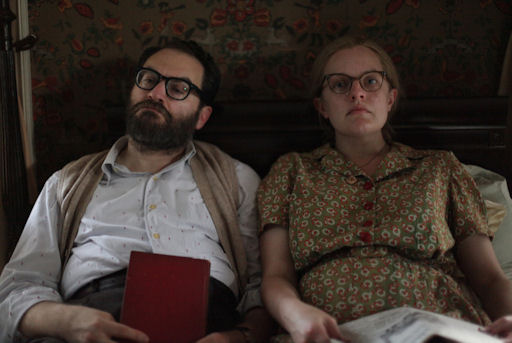