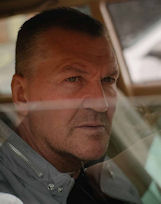 How far would you go to protect your family? What if your family consisted of a brother who was too dumb to chew gum and connected enough to get a hundred grand in hock to vicious criminals? A lot of people would find a new brother and move to a new city. Luckily for us, Eddie Franks does not see it that way. Brother Sean is thick as a brick, but blood is thicker than water, and without the great fights this flick would be nowhere.

Speaking of great fights, Craig Fairbrass knows what cooks. With dozens of cauliflowered eared tough guy roles in his pocket, he is as good with his fists has he is with a claw hammer. Thanks to director Philip Barantini and writers Greg Hall and George Russo, he is able to telegraph when a big one is on the way so that we can concentrate on the action and then go back to whatever it was we were doing.

Family cuts both ways and while Eddie sticks up for his brother, he is in the deep weeds with his daughter. He is a loyal lug who has nothing in common with dames and is all the more macho for it. Fans can share in his explosive temper and commiserate with his inability to support his immediate family. After all, he has a pub to run. As good as Izuka Hoyle is as Eddie’s daughter Chloe, this screenplay gives her no time to develop any chemistry with him. The plot is wham, bam, thank you ma’am, and on to the next one.

Comfortable as an old pair of shoes, the plot resonates with “Legend,” the action packed and sometimes over the top story of gangsters Ronnie and Reggie Kray. Although this stripped down version accentuates the action and skims over the psychoanalysis, Eddie and Sean would be nothing without Roy and Johnny Garrett. How any story can pit good gangsters against bad gangsters is hard to figure, but Hollywood does it all the time. The good gangsters have soul and the bad gangsters just care about money.

As the bad gangsters, Robert Glenister and Tomi May are fantastic. The former is the brains and the latter is the brawn, like a team of Hannibal Lector and Norman Bates. Plus, all they care about is that dirty old money, that filthy lucre. Eddie Franks has little money, but he knows how to come up with it. He also has the requisite good old friend, who is willing to come out of mobster retirement and help him with this one, last, big job. He has class, but he can only be pushed so far. The Garretts are really gonna get it.

Plain Jane soundtrack and cinematography keep the spotlight on Fairbrass where it belongs. Thanks to the creative crew for going easy on the machine guns and car chases and getting down to the real nitty gritty, the raw courage that it takes to stand up for your dumb brother and get shouted down by your alienated single-mom daughter. Best hammer work since Ronnie Kray. 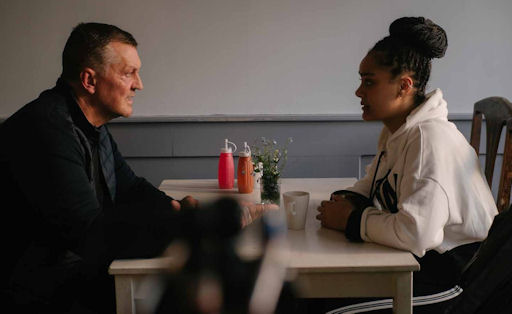