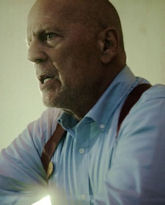 Have you ever watched a movie and thought: “This wouldn’t be half bad if it wasn’t for that one actor”? (And especially when that actor is the draw for the entire movie?)

I don’t know whether Willis is taking his remaining years to make a ton of money while trashing his reputation as a legitimate actor, or just doesn’t care about his fans anymore. But, sadly, his stink is all over this movie, even though he has fewer lines in the entire 97 minutes than almost every one of the minor characters. But enough about professionalism and honesty in advertising. Let’s talk about the good people who actually cared.

This movie takes place in Los Angeles, although no familiar landmarks appear (logos for the Georgia Film Office do appear at the end – a subtle hint). Jimmy Jayne (the name Jimmy John was already taken?) played by actual actor and second billed Devon Sawa is an ex-con who is rousted by Detectives Freeman (guess who) and Vargas (Luke Wilson – “The Goldfinch”) for the horrible murders of several call girls. As things turn out, it is up to Jimmy to clear himself because Vargas is too inept and Freeman is … well … Bruce Willis.

This movie is not a total waste of time. The acting by Sawa and a couple of the lesser characters is excellent. Sawa presents himself via the acting school of Lance Henriksen. I love every terrible movie Lance Henriksen has ever appeared in. He acts with his face (rugged, like Sawa’s) his expressions and a minimum of dialogue. The effect is masterful. Henriksen is a greatly under-rated actor.

At this point, you might be thinking: “Yeah, you just said Hendriksen appeared in terrible movies and praised him, but accused Willis of the same and condemned him!”

Back to the good performances.

There is a wonderful scene between Jimmy and Eleanor (Sufi Bradshaw – “Veep”), a helpful struggling singer who knows too many bad guys. The realness of their interaction is almost painful. There are also several scenes with Jimmy and Roy (Billy Jack Harlow – “Deadlock”), an aging hippie who heads the mechanics crew on a movie shoot. Think of Chewbacca if he could speak English. Billy Jack brings a down-to-earth realism to his characterizations that rises above the movies and material he’s appeared in.

The plot of “Gasoline Alley” is complex and the characters are straight out of film noir, if a little dimmed by the dialogue allotted to “good” detective Vargas. The acting, with the exception of Willis, is journeyman, with the other exceptions I’ve already mentioned. Technically the movie is good, although the musical score is offensive, especially in the earlier scenes. The heavy guitar beat is intrusive and adds nothing.

Director Edward Drake (“American Siege”) got some good performances and perhaps with a gun to his head, walked Bruce Willis through his million dollar non-performance. On the other hand, as writer, he was responsible for such emotionally charged Willis delivered lines as “Yeah,” “Sure,” “Uh-huh,” and so on.

I much prefer to write positive reviews but “you call ’em as you see ’em.” This is a dud. Sawa, Bradshaw and Harlow rise above the material. Look for them in other productions. As for Willis … 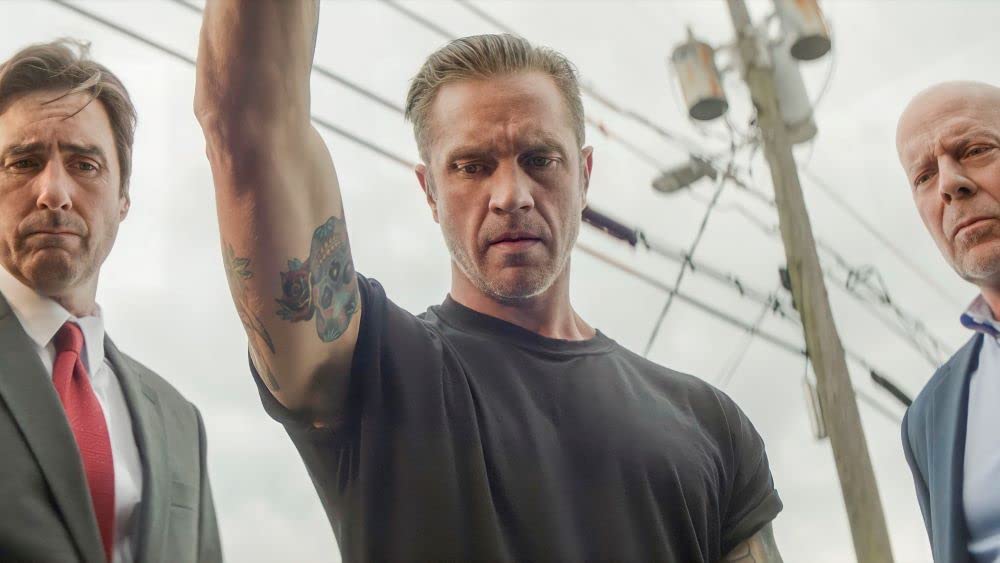